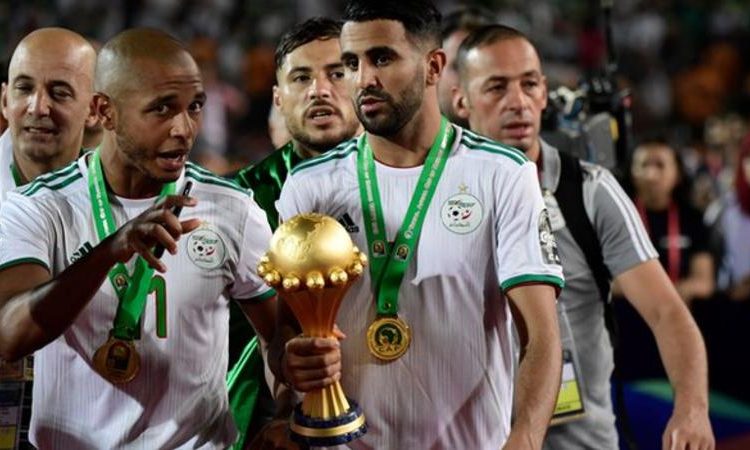 Yacine Brahimi (left) came on as a substitute as Algeria beat Senegal in the final of the 2019 Africa Cup of Nations (Image credit: Getty Images)

Algerian forward Yacine Brahimi has joined the Qatari club Al Rayyan while Mehdi Abeid signed for Nantes in France, with both having three-year deals.

The pair were free agents, Brahimi’s contract with Portugual’s Porto ended as did Abeid’s at French club Dijon.

Abeid, who is 26, played in all three of the Fennecs group games in Egypt but did not feature in the knockout phase.

Brahimi, 29, made two appearances for Algeria at the Africa Cup of Nations finals in Egypt, including one as a substitute as they beat Senegal 1-0 in the final.

He took to social media to pay tribute to Porto, where he played 148 games scoring 39 goals, and the club’s fans

“To my Portista family, you will stay forever in my heart,” he posted on social media.

“In Porto, I spent five unforgettable years of my life with my family. Here I discovered a city full of life and extraordinary people.

“A big thank you to all the supporters who warmly welcomed me on my arrival and always honoured and supported me, you are great.

“I would also like to thank the President, my coaches, the technical staff and my teammates. I wish with all my heart a lot of success and many more titles for FC Porto.”

During his time at Porto he was voted the 2014 BBC African Footballer of the Year.