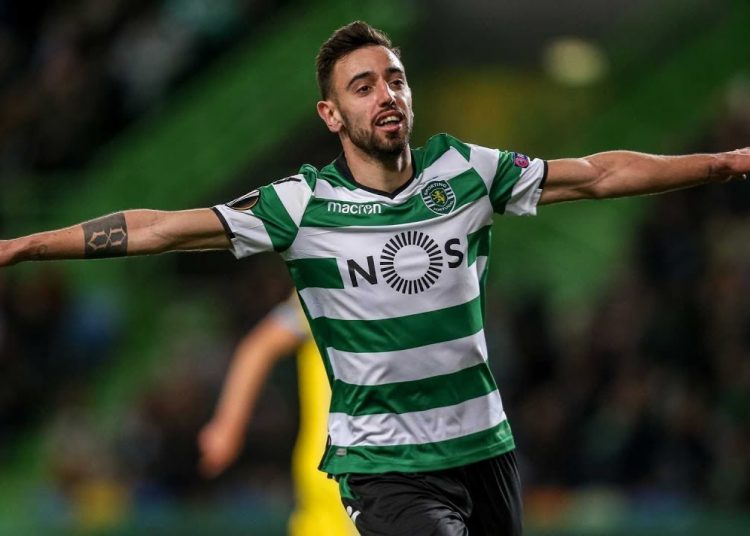 Bruno Fernandes says he wants to play in England as rumours he will be exiting Sporting Lisbon gains more ground.

The 25-year-old is believe to be wanted by some top clubs with Manchester United leading the pack to acquire the services of the Portuguese.

It has been reported that Ole Gunnar Solskjaer is keen bringing the midfielder to the Red Devils this summer.

The player before catching his flight together with Sporting Lisbon had this to say to reporters:

“I don’t care about the market, I’ve talked about this many times.

“The only thing I can do now is that I need to catch the plane so I don’t miss it. Will this be the last match for Sporting? I don’t know, it’s the coach who decides.

“I told I’d like to play in England, but I don’t care about it right now.

“If it could be this season? It could be when the club decides, I’m not in charge.”

Fernandes signed a new five-year contract with the Portuguese club and has a release clause of £31m.

Sporting Lisbon, however, values the player at £60m after he had a fantastic 2018-2019 season where he scored 31 goals in 50 appearances for the club.

Bruno, 25, also played a part in Portugal’s victory over the Netherlands in the UEFA Nations League earlier this summer.