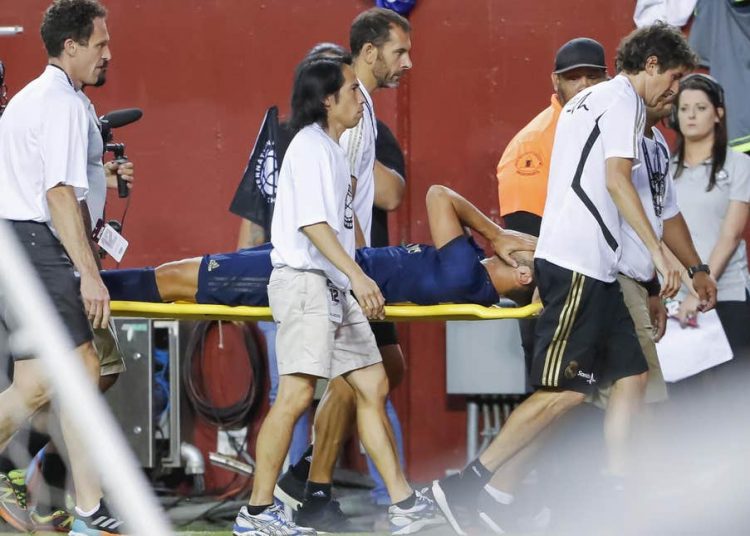 Real Madrid winger, Marco Asensio is set to miss more than half of the 2019-2020 season after sustaining a ruptured knee ligament injury.

The 23-year-old got injured in the game with five minutes left on the clock as Los Blancos won on penalties against Arsenal.

A statement from Real Madrid said: “He has been diagnosed with a rupture of the anterior cruciate ligament and the external meniscus of his left knee.

“The player will be surgically operated in the next few days.”

The Spaniard international scored the equalizer that forced the International Champions Cup tie to a penalty shootout against the Gunners.

Reports in the Spanish media suggest the winger could miss a minimum of nine months which could be a threat to the player’s bid to participate in the Euro 2020 if his country qualifies.

The injury could see Dani Ceballos stay at Real Madrid after it has been reported that the 22-year-old will be joining Arsenal on a loan deal.

After the match, Unai Emery said Asensio’s injury could be “bad news for us” and puts the move of the former Real Betis player in doubt.

The Gunners have been on the hunt for players but have had to first battle with a scanty transfer summer budget.

It is reported that Arsenal has just forty-five million pounds to revamp the team and that has proved to be an impediment to their quest for silverware next season.