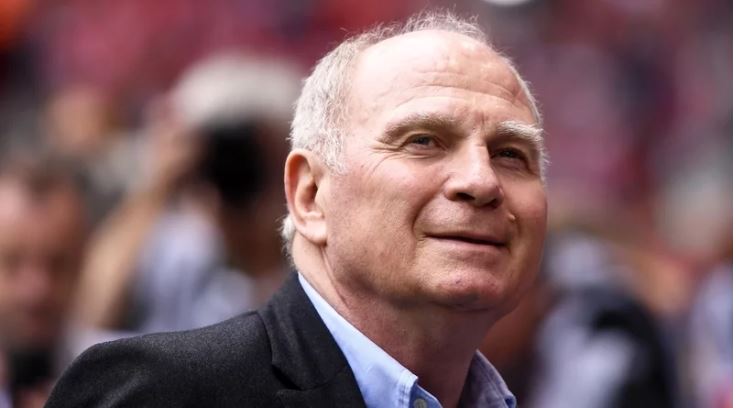 Uli Hoeness, the long-serving president of German soccer club Bayern Munich, is planning to retire and hand over his duties to a former Adidas Chief Executive in November, German daily Bild reported on Wednesday.

Hoeness will not stand for reelection as club president and intends to also quit his role as supervisory board chairman, reported Germany’s largest selling newspaper Bild, which has proved credible in the past.

According to the report, Hoeness intends to hand over his duties as president to former Adidas CEO Herbert Hainer, who is already a member of the club’s supervisory board.

World Cup and European Championship winner, Hoeness, served the club as a player from 1970-1979 and took over as general manager, and later president, immediately after his career.

He is one of the most wealthy figures in German soccer.

His departure, along with Oliver Kahn’s planned taking over as general manager starting in 2022, would mark the beginning of a new era at the club.

Despite the club’s hegemony in Germany in winning seven Bundesliga titles in a row, Bayern have struggled to keep up at the international level.

After last winning the Champions League in 2013, Bayern Munich have failed to reach the final again, with their elimination by eventual champion Liverpool in March in the round of 16 marking a recent low point.

Hoeness, aged 67, was reelected in 2016 as club president after he had spent several months in prison for a multi-million euro tax evasion, a crime Hoeness admitted to German judges.