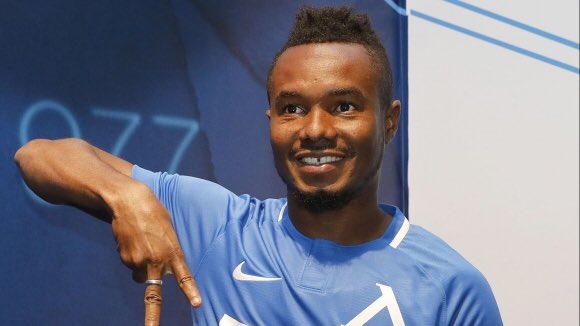 Black Stars striker, Nasiru Mohammed has completed a switch to Bulgarian side Levski Sofia, signing a 3 year deal with the Europa League campaigners.

Nasiru joins from Swedish side BK Hacken, where has spent the last 8 years.

Häcken’s director of sports, Sonny Karlsson said: “Nasiru has been with us for seven years and is almost like a family member in the club. We wish him all the best in the future.

“He joined us in 2012 so it almost feels like a family member who disappears. We have had good years together.”

He revealed how the Ghana international has been committed to the club by declining previous offers and that it was only fair his wish to move on was granted without hesitation.

“Now we felt it was his turn. We transfer a good guy, but he hasn’t played so much lately – partly because of his injury and then when he came back there has been a little in and out for him, Karlsson stated.

During his seven years at BK Häcken, Nasiru Mohammed made 229 appearances for the side and scored 45 goals.

In the ongoing Swedish Allsvenskan campaign, he started 8 of his 12 appearances and scored once. His best seasons with Häcken were 2014 and 2017 – during those campaigns, he banged in 8 goals each.

Nasiru Mohammed gets a chance to compete in the 2019/20 Europa League as new club Levski Sofia have advanced to face Larnaca of Cyprus in the second qualifying round.