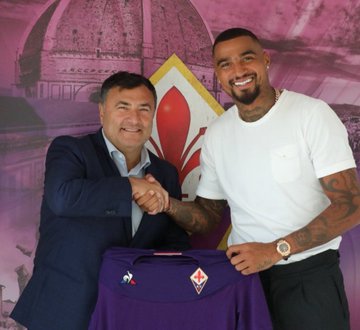 The former AC Milan and Tottenham Hotspurs midfielder has signed a 2 year deal with the the Artemio Franchi outfit.

The Ghanaian arrived in Florence on Wednesday morning to undergo a successful medical.

The former AC Milan and Schalke midfielder has joined the Purple following a torrid six-month loan spell at Barcelona.

Sassuolo  no longer counts on the forward, after his inexistent spell at Camp Nou, and  have had no problem letting him go.