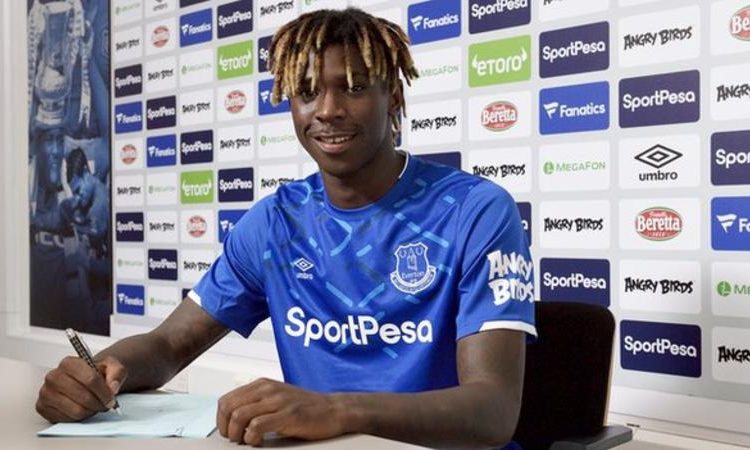 Everton have completed the signing of 19-year-old Juventus forward Moise Kean on a five-year deal.

The Italy international has scored eight times in 21 games for Juve, who he joined aged 10, and has struck two goals in three Italy matches.

He becomes Everton’s fifth summer signing, joining for an initial fee of £25.1m that could rise to £27.5m.

“I am very proud and honoured to wear the Everton shirt. I will give my best to this team,” said Kean.

“I was convinced to sign because Everton is a club looking to the future and so am I. I know about the size of the club. It has big ambition and I will work very hard to help us fulfil what we want to achieve.

“I am used to winning and I want to bring this winning attitude to the team.”

On signing Kean, Everton manager Marco Silva said: “A striker was one of our priority signings this summer.

“Moise is strong, fast, with many good qualities as a striker and he is just 19 years old. He has talent and he is ready to work, ready to improve our squad and gives us different solutions.”

On Friday the club signed Mainz midfielder Jean-Philippe Gbamin on a five-year contract for £25m.

Andre Gomes has made his move from Barcelona permanent for more than £22m, fellow midfielder Fabian Delph has joined from Manchester City for up to £10m and goalkeeper Jonas Lossl has arrived from Huddersfield Town.

Everton’s record signing is midfielder Gylfi Sigurdsson, who arrived from Swansea for £45m in 2017.