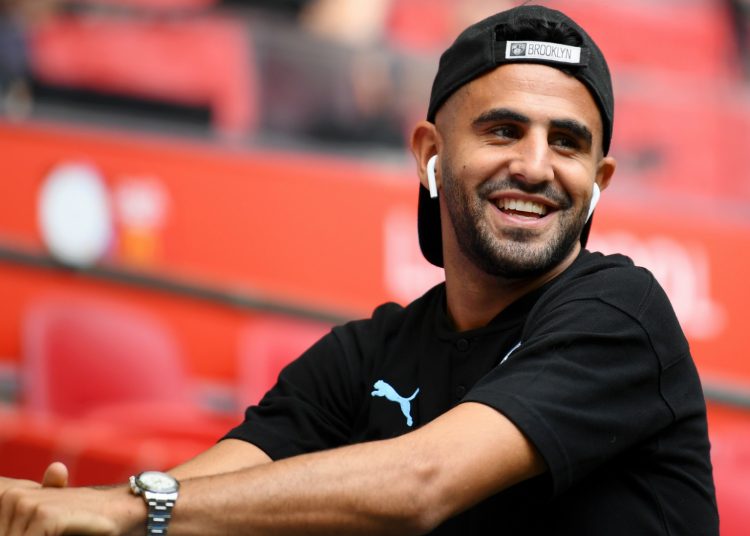 African Cup of Nations champion, Riyad Mahrez was left out of Manchester City’s Community Shield victory due to fears about the medicine he was given by Algeria’s medical team.

The Algerian captain returned to the Manchester-based club on Friday after lifting the AFCON with his country.

However, his presence was not enough to guarantee him a place on the list to face Liverpool in the curtain-raiser game against the Reds.

The 28-year-old missed the game due to concerns over a medicine he was given by the Algeria medical team, says boss Pep Guardiola.

“The doctors did not have exactly the medicines,” said Manchester City’s manager.

“Riyad called me just after being (crowned) champion with Algeria and said, ‘I want to come back in 10 days, I want to play against Liverpool’.

“I said, ‘You are more than welcome, it’s perfect you come’.

“But we don’t have what he took… about the medicine. That’s why, for doping control, today was a risk because the doctors didn’t have it. That’s why he wasn’t in the squad to play some minutes.”

“Hopefully he will be back next game against West Ham and in the future everything will be normal.”

It is unknown what medicine Mahrez, was given and what it was administered for.