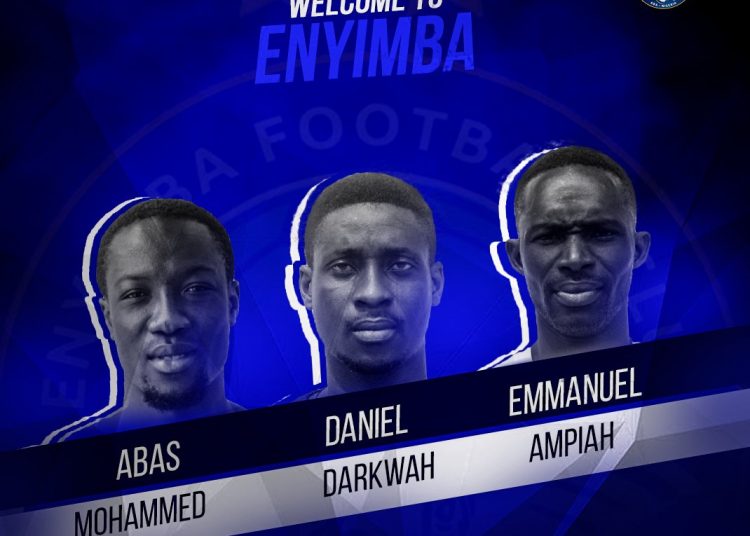 We are excited to announce the arrival of three @Ghanafaofficial players – Daniel Darkwah, Emmanuel Ampiah and Abass Mohammed. pic.twitter.com/tFNEXdLbnT

Emmanuel Ampiah, also a left back who previously played for Elmina Sharks will also join Enyimba from Nigerian side Delta Force.

The trio will team up with fellow Ghanaian, goalkeeper Fatau Dauda, who won the league last season with Enyimba.