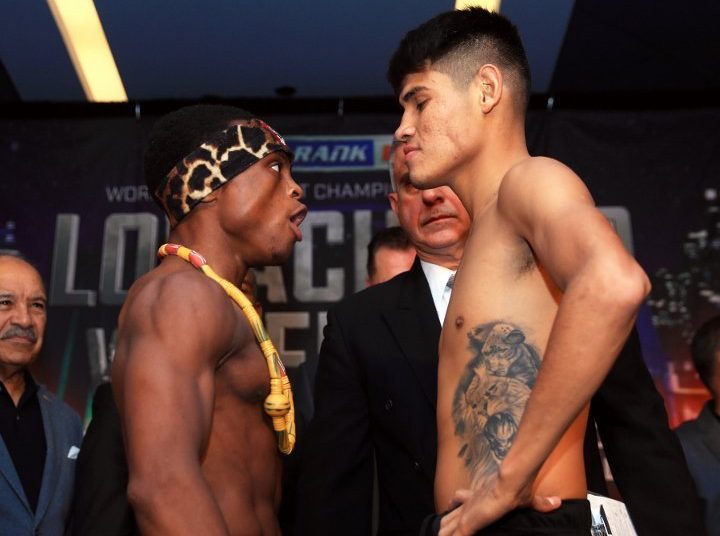 Dogboe suffered back to back defeats to the Mexican who snatched his belt from him in December 2018 before successfully defending it in May 2019.

Their first two meetings were at super bantamweight but Dogboe believes he stands a better chance of avenging the only losses of his young career if their next fight is at featherweight (126 pounds) or super featherweight (130 pounds).

“Most definitely, that’s what the weight division needs. It needs to be explosive, it needs to be on fire,” Dogboe said in an interview.

“When I captured the world title, I made a promise to myself and to the fans that look I am going to make this division exciting and that is what happened”.

According to Dogboe, when he was champion, his promotors did not avoid any challenges and it got to a point where he could not defend the title anymore.

“My handlers around me said to me just push it. Just do what you can do but 122 no more… It will be great to face him again in the upper weights at either 126, 130.Right now, we are here with Freddie (Roach) and Freddie wants to make sure that I am in the best weight category.

Dogboe, 24, is currently on the comeback trail under the tutelage of legendary boxing trainer Freddie Roach at the Wildcard Boxing Club in Los Angeles.

Navarrete returns to the ring on August 17 to face Francisco De Vaca with his the World Boxing Organisation Super Bantamweight title at stake.