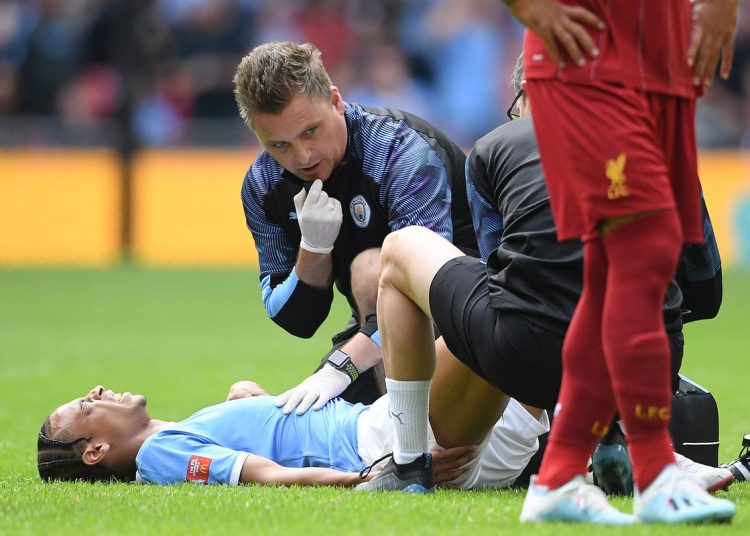 The 23-year-old tore his anterior cruciate ligament and was substituted in the 13th minute as the current league champions saw off Liverpool on penalty shootouts in Sunday’s Community Shield.

The winger has been reported to be on the wish-list of Bayern Munich summer.

He is expected to under surgery in Barcelona, Spain next week and then goes for rehab to help him return quickly to the club.

“It is incredibly bad news,” said Guardiola before the champions’ Premier League opener at West Ham on Saturday.

“I don’t know how long he will be out. Normally this kind of injury is six or seven months – hopefully, February or March.”

Also, the Spanish manager confirmed the Africa Cup of Nations winner, Riyad Mahrez has been cleared off to feature as fears rose up concerning doping while away with Algeria.

Manchester City had concerns over medicine the 28-year-old took while at the Africa Cup of Nations in July when he captained Algeria to the title.