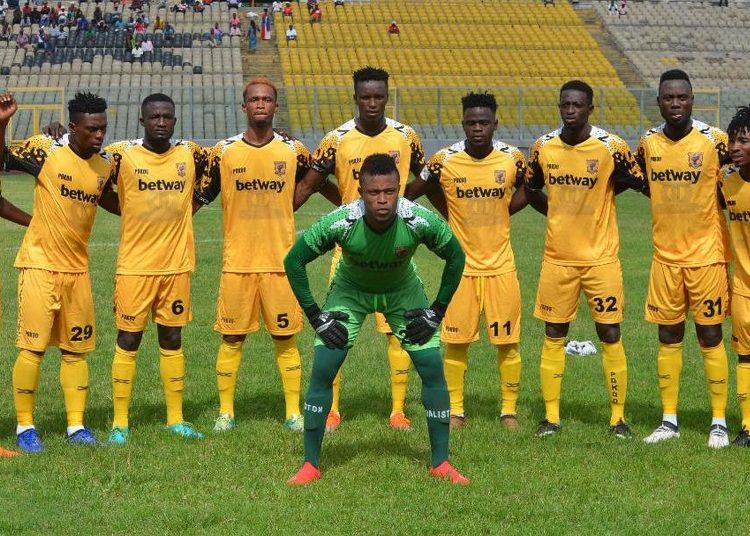 Ashantigold drew 1-1 against  Equato-Guinean club, Akonangui, in the first-leg of the preliminary stage of the CAF Confederation Cup.

The Obuasi-based club needed a good result from the first leg away from home and they found the breakthrough in the second half of the game after a goalless first.

In the 55th minute, Richard Osei Agyemang scored a bicycle kick to give AshGold the lead but they failed to hold on to the advantage as Diosando Mbele equalised for the hosts in the 75th minute of the game.

The result sets up a second leg that AshGold can win with a victory at the Len Clay Stadium in Obuasi.

That match will be played on the weekend of August 23-25.

Should AshGold progress, they will face RS Berkane of Morocco in the first round of the competition.