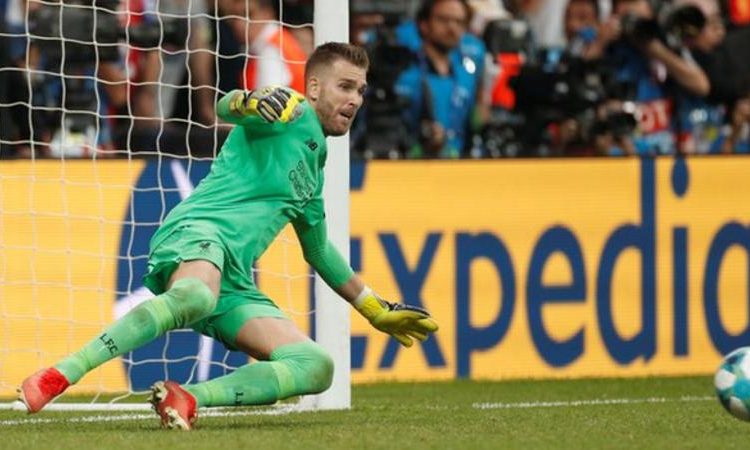 Adrian was the hero for Liverpool as he saved Tammy Abraham's penalty (Image credit: Reuters)

Liverpool won the Super Cup for the fourth time in their history by beating Chelsea 5-4 on penalties after a 2-2 draw in Istanbul.

Chelsea had taken the lead in the first half through Olivier Giroud’s clinical strike but Sadio Mane scored twice to give Liverpool the lead.

Jorginho’s spot-kick took the game to penalties, where Liverpool triumphed.

The win comes just two months after Jurgen Klopp won his first trophy as Liverpool boss when he led the Reds to a 2-0 win over Tottenham in the Champions League final.

Games between these two sides in Europe have historically been tight affairs, with just one of their 10 previous meetings having been won by a margin of more than one goal.

It was the same again on Wednesday night as the two teams tussled for 120 minutes in a game that did not finish until almost 1am in Istanbul.

In the end, it came down to who could keep their cool in the sweltering heat and after nine excellent penalties, Abraham placed his shot too close to Adrian to hand Liverpool their first silverware of the season.

Chelsea lost 4-0 at Manchester United on Sunday and while this was another defeat for the Blues and their new manager Frank Lampard, there were plenty of positives to be taken from Wednesday night’s performance.

Lampard fielded a young side at Old Trafford but turned to the older heads in his squad for this game. The added bit of experience and quality showed, particularly in a dominant first-half display.

N’Golo Kante was by far the best player on the pitch in the opening 45 minutes as he pulled the strings in midfield, while Giroud showed the clinical finishing that was absent for the Blues at the weekend.

Christian Pulisic also caught the eye on his first competitive start for Chelsea.

The 20-year-old American provided a creative spark, while his movement and vision had more than a hint of Eden Hazard about them.

One moment that caught the eye saw him run onto a through ball in the first half, cut inside before tucking a neat finish inside the near post. However, the goal was ruled out for offside following a VAR check.

If Lampard is able to get the balance of youth and experience right in his first XI, Chelsea could be an exciting team to watch this season.

‘I’ve nothing but pride’ – what they said

Liverpool manager Jurgen Klopp speaking to BT Sport: “It was a very difficult game for both teams. It was all about winning it and we did that in the end.

“Nobody in the stadium wanted extra time, it was a killer. I’m not sure about the penalty but who cares now.

“We started well then dropped off… we could talk about football but it’s too late now. We had to fight and the boys did tonight.”

Chelsea manager Frank Lampard speaking to BT Sport: “I’ve got nothing but pride in the team and the performance, and confidence in what that means.

“It was a tough game against a good Liverpool team that had extra time to recover after the weekend. But sometimes football comes down to little moments of luck.”

Liverpool travel to Southampton in the Premier League on Saturday (1400 GMT), while Chelsea host Leicester the following day (1500 GMT).