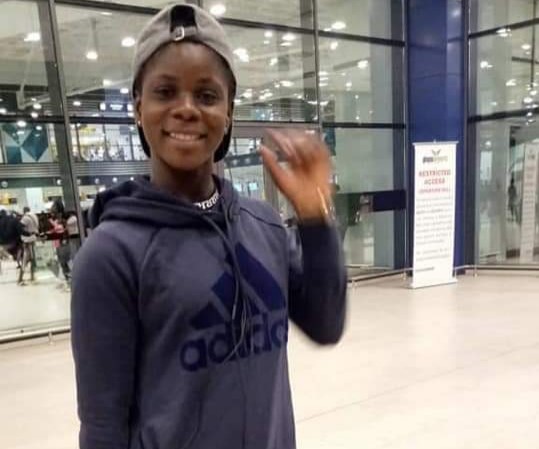 Captain of Ghana’s women’s U-17 team, Mukarama Abdulai has left for the United States of America on scholarship to continue her education at Tyler Junior College in Texas, USA.

The prolific forward will continue her studies while pursuing her football career in the United States after securing the scholarship.

Mukarama was a student of University for Development Studies before getting the scholarship to the Tyler Junior College in Texas.

She was part of Mercy Tagoe-Quarcoo’s Black Queens team currently preparing for the Olympic qualifiers.

The young forward won the Golden boot at the 2019 FIFA Under 17 Women’s World Cup in Uruguay.

Mukarama recently scooped two awards at the Ghana Football Awards. She won the Women’s Player of the Year and Future star of the Year awards.