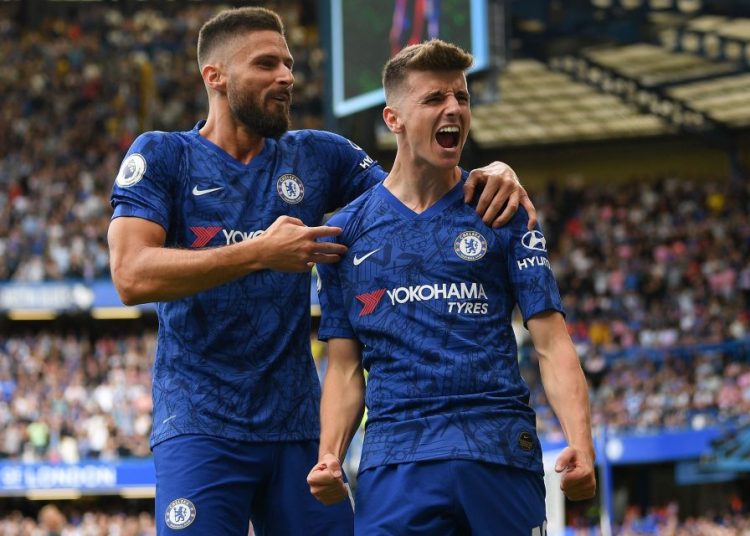 In truth, the Foxes were unlucky to leave west London with just one point after spurning several glorious chances to win the game.

After being destroyed by Manchester United last Sunday, it seemed as though the UEFA Super Cup in midweek had drained the hosts as they clung on to claim their first point of the season.

The home side had gone close through Pedro before Mount robbed Wilfred Ndidi who dwelt on the ball on the edge of his own area.

Mount then did well to wrap his foot around the ball and shoot past Kasper Schmeichel.

Chelsea failed to add to their tally before half-time as Leicester grew more into the game following their poor start.

The visitors failed to register a single shot on target in the opening 45 minutes but nearly created an opening when Jamie Vardy put Kepa Arrizabalaga under pressure as the Chelsea keeper hesitated before clearing a back pass.

Ndidi made up for his earlier error when he headed Leicester level after 66 minutes. James Maddison swung over a corner from the right and Ndidi rose highest to head powerfully home.

Maddison should have been celebrating a goal of his own soon after as he took possession in the area and ran across the face of goal, but somehow managed to sky his effort from eight yards.