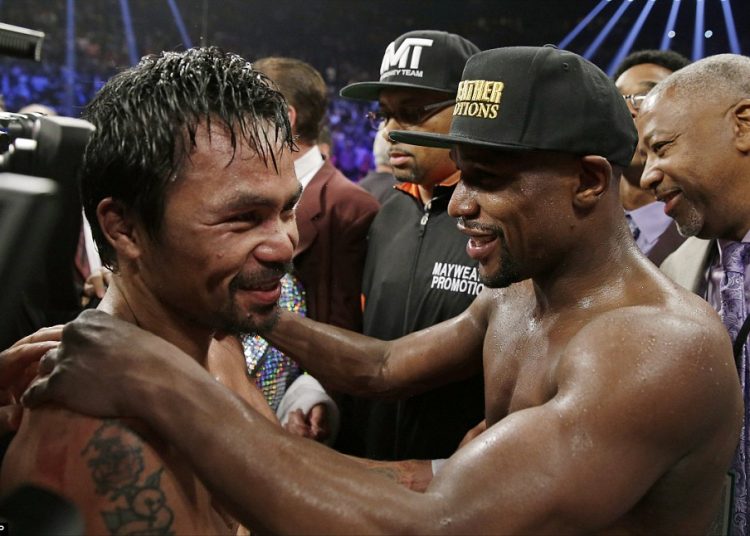 Floyd Mayweather claims the video circulating on social media in which he talks up a potential Manny Pacquiao rematch is a $2.2million dud.

The Saudi Arabia clip leaked over the weekend and got fans excited for a brief period, however, the American moved quickly to kill off all speculation.

There is a video circulating that I made 8 months ago about a “MAYWEATHER – PACQUIAO” REMATCH. I got paid $2,200,000 to make the video. The truth is, the fight will never happen again. Now, swipe left and look at the money that got wired to me for the video. Now, who’s the smart one ? I’m making millions just for 10 second video drops.💲💲💲🏦💰💸

Mayweather posted: “There is a video circulating that I made eight months ago about a Mayweather vs Pacquiao rematch.

“Now, look at the money that got wired to me for the video.

Upon seeing the video, Pacquiao took to social media and declared that Mayweather was using his name for attention.

It appears that only one rematch is likely to actually happen, Saudi Arabia, as things stand – Andy Ruiz Jr vs Anthony Joshua.

Looks like @FloydMayweather is using my name again to get himself some attention. #FunnyMoney