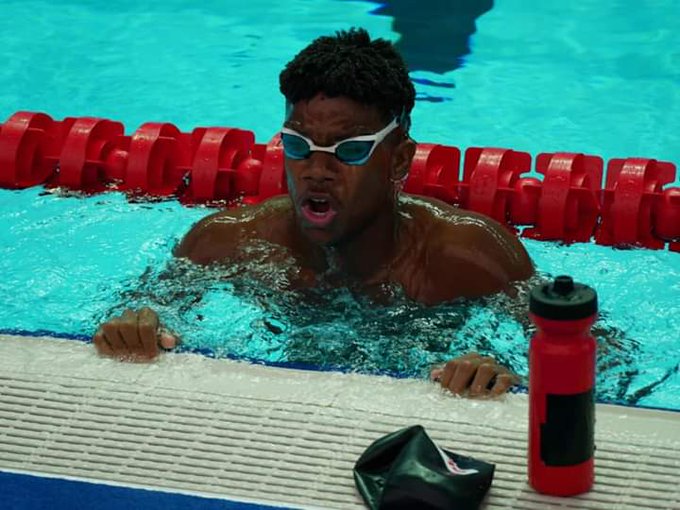 Ghana’s Abeiku Jackson finished 7th in Thursday’s final of the men’s 50m butterfly in the ongoing African Games in Morocco.

He clocked a time of 24.50 seconds which was an improvement on the 24.62 seconds he recorded in the heats.

In the men’s team table tennis event, Ghana lost 3-0 to the Egyptian counterparts. The Ghanaian team had Derek Abrefa, Samuel Akayade and Felix Lartey in its ranks but they could not match the Egyptians in the match.

Ghana then went on to beat Senegal 3-2 to finish 5th in that event.

In the preliminary round of the men’s lightweight 63kg boxing, Ghana’s Abdul Wahid Umar, triumphed 4-1 over Abdlbasit Bin Khayr of Libya.

However, Samuel Yaw Addo lost 4-0 to Mohammed Hamout of Morocco in the preliminary stage of the men’s 57kg featherweight boxing.

In the men’s 58-63kg preliminary round, Selasi Damalie was defeated 23-3 by Tunisia’s Yaccine Khezami.

In the men’s 54-58kg, Benson Nii Adom Addo drew a bye in the preliminary stage but he lost to 17-9 Chad’s Casimir Betel in the quarter finals.