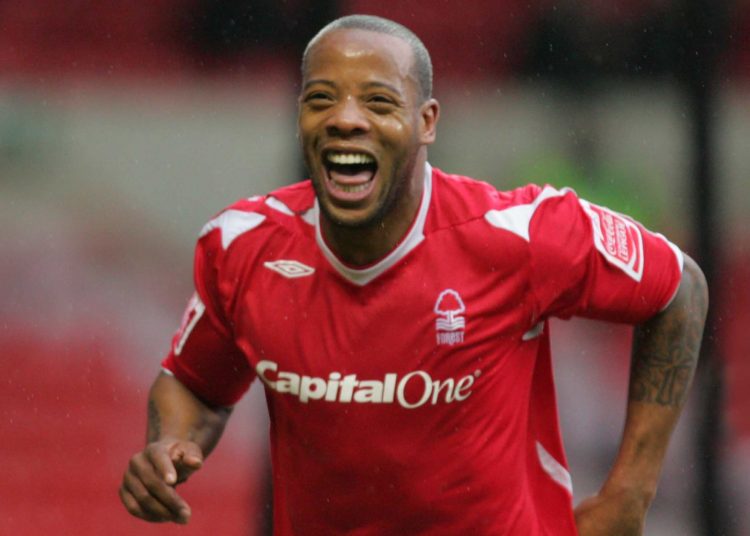 Having scored 41 times in 126 appearances for Bristol Rovers, expectations for Agogo were high when he arrived at Forest.

He did not disappoint, becoming a cult hero at the club as he scored 21 times.

Following his untimely death on Thursday, fans of the club have planned to honour the former Black Stars striker with a minute’s applause.

Minutes applause on the 23rd minute for the sad passing of Junior Agogo, get it going on Saturday at Fulham #nffc @nffc pic.twitter.com/2zO3DXTEwZ

This will be held in the 23rd minute of their Championship match against Fulham on Saturday, marking the shirt number Agogo wore while at the club.

A number of the club’s fans have also been reminiscing Agogo’s time at the club.

My first ever Forest game he scored a couple, one was such a cheeky lob against Huddersfield 5-1. @ClinganS sorted the tickets out for me and got done in within 15 mins of the match – still came back for a pic with his cast on from hospital after the match. RIP Junior!

Loved watching Agogo growing up.
Made a Massive contribution to us getting promoted back into the championship. RIP

I really am so sad to receive this very sad news, good memories of watching Junior play ❤️

So sad. Loved him at Forest. Even now, whenever a group of us are going anywhere, we say ‘Right, let’s Junior Agogo!’
RIP fella.

What’s that coming over the hill….is it Agogo is it Agogo!! Good memories singing his name and watching him play for #NFFC

RIP… the last 6 months in that promotion campaign he was unplayable and always will personally fondly remember him for his efforts during this period. 🔴⚪️🔴

RIP Junior. Lovely bloke, instrumental in our rise out of league one under Calderwood.