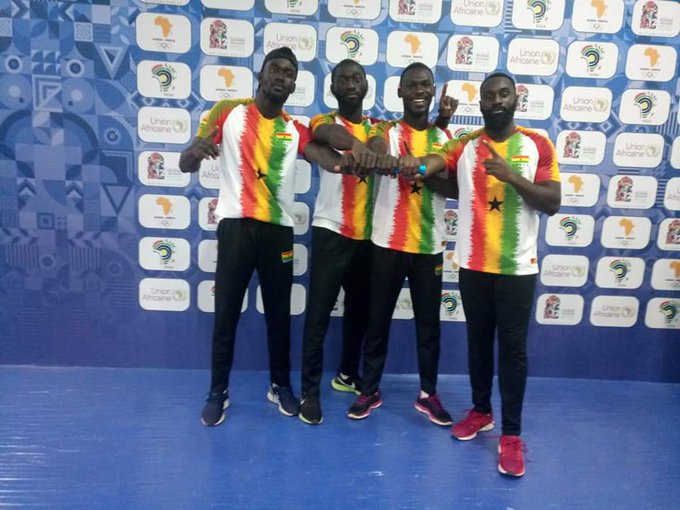 Ghana’s men’s sprint relay team have won the country’s second gold medal in as many days at the African Games.

They had earlier run a superb race to finish first ahead of South Africa in the semis and looked in fine form ahead of Wednesday’s final.

Here’s how the men’s team sprinted to victory

The women’s final ended less joyously for Ghanaians as the national side ended the race in 8th.

The 19-year-old University of Cape Coast student cleared a height of 1.84m, a Personal Best for the Ecowas U-20 silver medalist.

The victory caps off a wonderful 2019 for Yeboah, who also won gold at both the Ecowas U-20 Championships in Abidjan and the African University Olympic Games in Egypt.