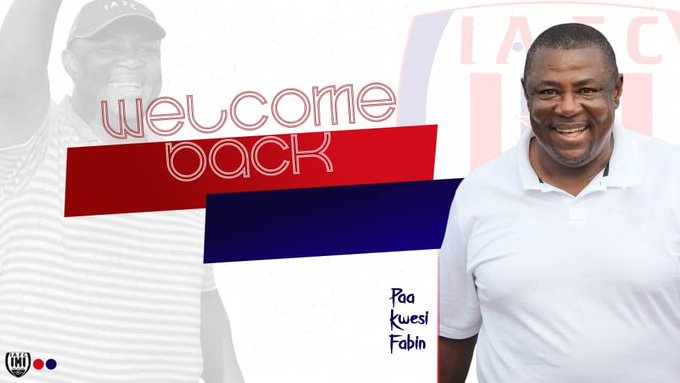 Inter Allies FC have announced the re-appointment of Paa Kwesi Fabin to the position of the team’s head coach. The announcement was made on Wednesday morning by the club.

Fabin worked with the club during the 2014/ 2015 Ghana Premier League season but left to handle the national U-17 team, the Black Starlets

After that appointment, he went to Asante Kotoko before going to Uganda to work with the country’s U-17 team for this year’s African U-17 Championships.

He left his post in Uganda after the tournament and now, he has been tasked with leading Inter Allies into the new Ghana Premier League season when it starts.

“Fabin is an outstanding coach who has worked well with us before. He is a tremendous leader and strategist. We are very happy that he is back.”

Fabin also spoke of his joy at returning to a team and an environment he was familiar with.

“I am truly humbled. It was a privilege to serve as head coach during the 2014/15 season and I look forward to building off that success again.”