Africa looking beyond making up the numbers 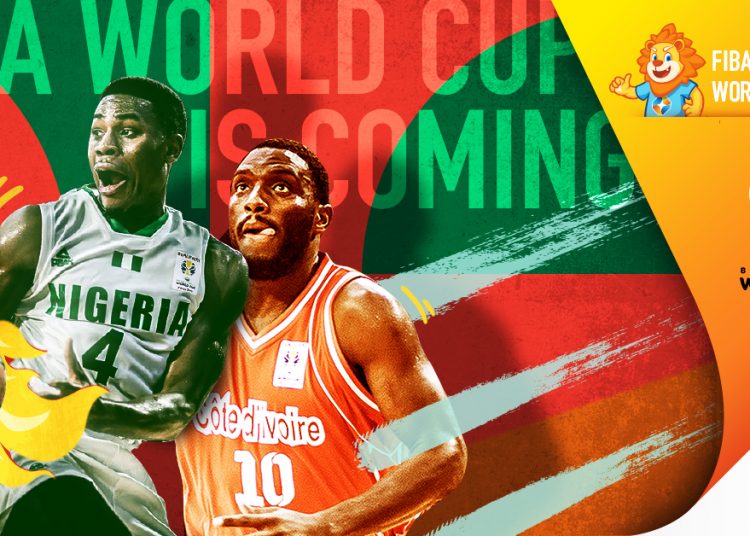 When the 18th FIBA Basketball World Cup tips off in China on Saturday, more African teams will be present than ever before.

Angola, Tunisia, Côte d’Ivoire, Senegal, and Nigeria will keep the African flag flying in the extended tournament that sees 32 countries competing in eight venues throughout the vast country.

Africa’s history in the competition is a checkered one, with Egypt finishing fifth out of 11 teams at the first competition in 1950. Thereafter the continent had to wait until 1974 before another African team would participate at the showpiece event of international basketball.

And since then, although at least one African team has qualified for the round of the last-16 in the last few tournaments, that is as far as they got.

The outgoing president of FIBA Africa, Hamane Niang, is hoping that things will change.

and said that the world could see the continent play a strong role at these championships.

“For a very long time, African teams came to the World Cup to limit the damage as used to be said. What has been positive is that the African teams have played without any anxiety and on an equal footing with their opponents,” said the Malian, who is set to become the sport’s governing body’s president at the FIBA Congress in Beijing.

The highest-ranked African team in the competition in Nigeria, who will travel to China with plenty of experience, having several NBA – or former – NBA players.

They have been drawn into Group B, where they will face Argentina, Russia and South Korea.

The star on the side is 6’9 forward Al-Farouq Aminu, who last month signed a 29 million dollars three-year contract with the Orlando Magic after leaving the Portland Trail Blazers, where he averaged 9.4 points and 7.6 rebounds this season.

Other stars on the side are 35-year-old Ike Diogu, who spent seven years in the NBA before moving to Asia, where he currently plays for Shimane Susanoo Magic in Japan, as well as Minnesota Timberwolves’ Joshua Okogie.

The shooting guard Okogie is, together with Coach Alexander Nwora’s son Jordan, the youngest player in the squad at 20.

The other four teams also have their fair share of experience in their sides, with Senegal though, not naming recent Boston Celtics signing Tacko Fall and Minnesota Timberwolves big Gorgui Dieng in their squad as the players want to concentrate on their NBA clubs.

The West Africans will be competing in Group H against Australia, Canada, and Lithuania.

Tunisian Salah Mejri, who was released by the Dallas Mavericks earlier this year, will be looking to put in some solid performances in Group C against Spain, Puerto Rica, and Iran to find a new club.

The two other African teams, Angola and Côte d’Ivoire are in Groups D and A respectively.

Arguably the biggest African name in basketball will not actually be playing for an African team as Giannis Antetokounmpo, who was born in Greece to Nigerian parents, will be starring for Greece.

The 24-year-old swingman, who is on a four year, 100 million dollar contract with the Milwaukee Bucks, made history early in his career by being the first player to finish a regular season in the top 20 in total points, rebounds, assists, steals, and blocks.

Antetokounmpo, whose brother Thanasis is also in the Greek squad, was named the NBA Most Valuable Player earlier this year.

African fans will be able to watch the FIBA Basketball World Cup live and HD on the StarTimes sports channels as the leading digital-TV operator in Africa has secured the exclusive right to the prestigious competition.