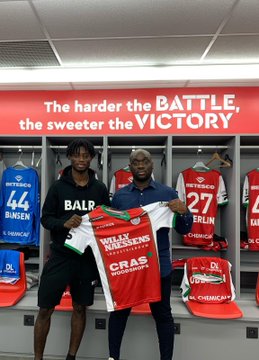 The deal was announced on Thursday after the two clubs worked out all the necessary details.

The loan move is the second for Mensah as he spent part of last season at Sturm Graz where he made 15 appearances.

Waregem held off purported interest from Celtic who have been on the market for left back after they lost Kieran Tierney to Arsenal.

Graz’s next game in the Austrian Bundesliga is against Rheindorf Altach but it unclear if Mensah will be part of the team for that tie.