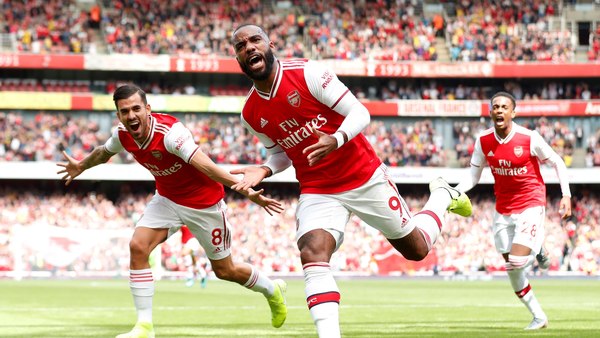 Another North London Derby beckons as Arsenal and Tottenham seek to bounce back from defeats on match day 3 of the English Premier League.

Spurs laboured to create against Newcastle and deserved to lose while Arsenal’s game plan backfired against Liverpool enroute to a 3 – 1 defeat.

While Arsenal look like a team on the brink of coming together, Spurs on the other hand look wobbly with talk of dressing room unrest.

With Walker-Peters a doubt for the match, Spurs will be forced to alter their back four, a move that could disturb their chemistry. 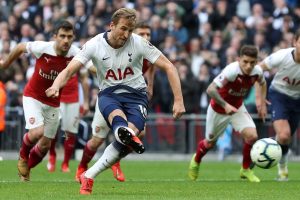 However, the offensive talent on display by both teams should make this an entertaining end to end affair guaranteed to produce goals.

A high scoring draw seems likely as both teams battle for bragging rights.

Manuel Pellegrini is unapologetic about his insistence that his team plays attacking football and that identity will be on display when they welcome newly promoted Norwich City to the London Stadium.

The Hammers head into the tie with history on their side as they haven’t lost in their last 7 home outings to Norwich, a streak that stretches back to 1989.

However, conceding 7 goals in their opening 3 outings will have Norwich fancying their chances to at least get a goal with striker Teemu Pukki having hit the back of the net 5 times already in just 3 matches.

The Canaries have already shown that the season means more to them than just making up the numbers and can hold their own if given the chance.

West Ham will be seeking to make it 3 wins in a row in all competitions and with the raucous crowd at the London stadium behind them, a first home win of the season should not be beyond them. 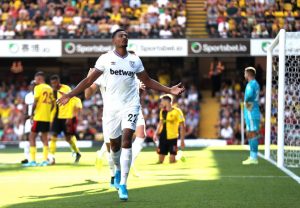 It also helps that record signing Haller is up and running for the club after getting a brace away from home against Watford.

Union Berlin vs Dortmund – Away win

After choking and handing the title to Bayern last season, Dortmund have started the 2019/2020 Bundesliga campaign with a ruthless edge that has already produced 8 goals.

After dispatching FC Koln with ease, they will be looking to repeat the dose against another newly promoted side in Union Berlin.

The combination of Sancho, Reus and Alcacer have shown the invention and ruthlessness to unlock any defense and will be relishing the prospects of hiking up their goal tally against a team that is still figuring out how to deal with life in the top flight. 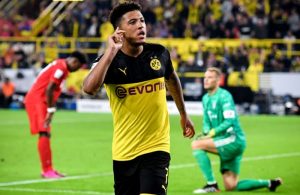 With Bayern already 2 points behind and facing a tricky encounter against Mainz, Dortmund will look at this as an opportunity to stay top of the table and also to pile early pressure on their title rivals. 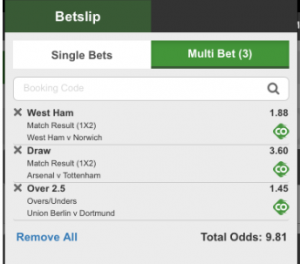