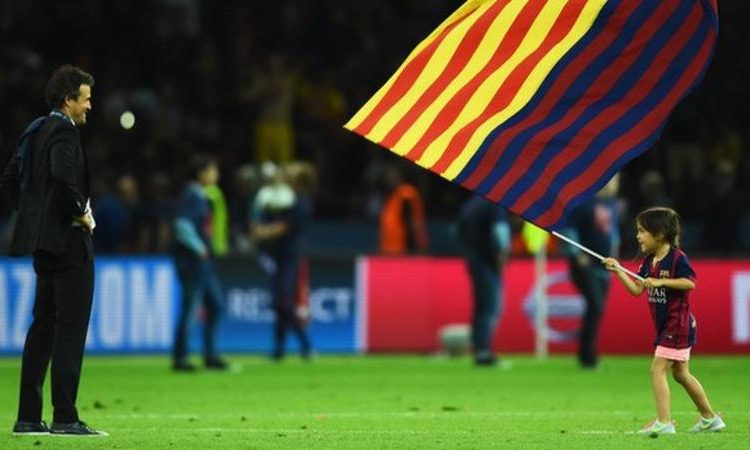 138
SHARES
0
VIEWS
Share on FacebookShare on TwitterShare via Whatsapp

Former Spain and Barcelona manager Luis Enrique has paid tribute to his daughter after she died from bone cancer aged nine.

Enrique thanked hospital staff for their care of his daughter, Xana, during her five-month illness.

In June, Enrique stepped down as coach of the Spanish national team after less than a year in charge to be with his daughter.

“You will be the star that guides our family,” he said.

“We will miss you very much but we will remember you every day of our lives in the hope that in the future we will meet again.”

The Spanish Football Federation (RFEF) said it “mourns the sad loss of little Xana” and it “wants to show our condolences to family and friends, joining us all today to their pain”.

Barcelona, who Enrique guided to two La Liga titles and the 2015 Champions League and also made 301 appearances for as a player, said: “Our condolences and all our sympathy for Luis Enrique and his family at this very difficult time. RIP Xana.”

Barca forward Lionel Messi also gave his condolences, adding: “We are with you, all the strength of the world.”

The news drew tributes from across Spain – including from the nation’s prime minister and tennis player Rafael Nadal – as well as in the wider sporting world.

Barcelona’s rivals Real Madrid said they “join the pain” of Enrique and his family and “want to convey their deepest condolences to them at these difficult times”.

Italian side Roma, another club Enrique managed, said they were “heartbroken to hear the news”.

“The thoughts of everyone at AS Roma are with Luis Enrique and his family at this impossibly sad and difficult time,” the club added.