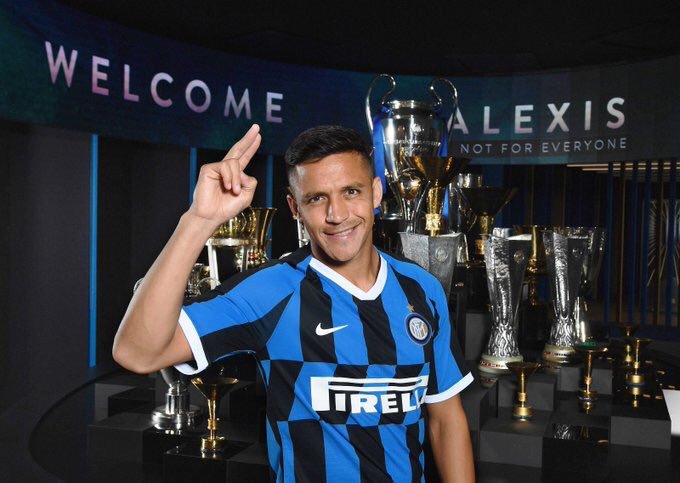 Manchester United forward Alexis Sanchez has completed a loan move to Inter Milan until the end of the season.

Sanchez arrived in Milan on Wednesday and underwent medical tests ahead of sealing a loan move to the 18-time Serie A winners.

United will cover £6m of the former Udinese, Barcelona and Arsenal player’s wages, Sky Sports News has been told.

The deal does not include an option to buy, which means, if Sanchez were to rediscover his form in Italy, United could demand a bigger fee for the Chile international at the end of his loan.

Sanchez, who joined United from Arsenal in a swap deal involving Henrikh Mkhitaryan in January 2018, has scored five goals in 45 appearances since moving to Old Trafford.

United were without Sanchez during pre-season because he was representing Chile at the Copa America. He scored twice in six games at the tournament held in Brazil as his country secured a fourth-placed finish.