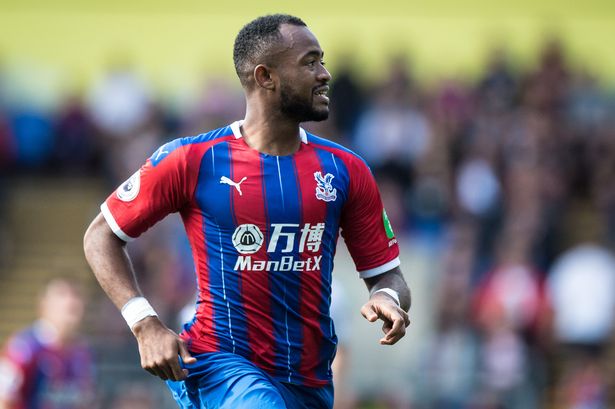 Jordan Ayew’s contribution for the second straight week for Crystal Palace did not go unnoticed as he won the eToro Man of the Match Award for the second time in this season’s Premier League.

Ayew scored the winning goal for the South London side as they beat Aston Villa 1-0 on Saturday to help them move to 7 points from their first four games of the season.

The goal was his second for the season after one at Manchester United last weekend and on receiving the award, he told Crystal Palace’s official website that all his efforts in the campaign were aimed at rewarding the team’s faith in him by signing him on a permanent deal despite not being the brightest spot during his loan spell from Swansea.

“Since I came to this football club, the staff, Chairman, everyone are motivating me. So even if I had a difficult year last season, they still trust in me and they signed me this year.

The thing I have to do is pay them back on the pitch and that’s what I try to do. I work hard every day and now it’s paying off. I hope it continues.”

After the match, Crystal Palace manager, Roy Hodgson, spoke highly of the Ghanaian and said the Ayew had worked well against Villa and fulfilled all his requirements on the day.

“Had he not scored the goal today (against Aston Villa), I would still be heaping praise on him because of the work he does for us, his tactical understanding, the number of times he does the job we want tactically to help other players take up the positions they need to take up. I’m not just talking attacking-wise, I’m talking defending too.

When he puts icing on that cake by scoring a goal last week and a goal this week, then it’s happy days – there’s no doubt about that. It’s in particular happy days for him and it’s happy days he deserves. Last season, he didn’t get as many opportunities as he would like to have had.

Ayew and Palace head to Tottenham when the Premier League returns on September 14 at 2pm and the match will be part of Citi FM’s live coverage of the Premier League which includes updates from all the afternoon kick-offs on match days.