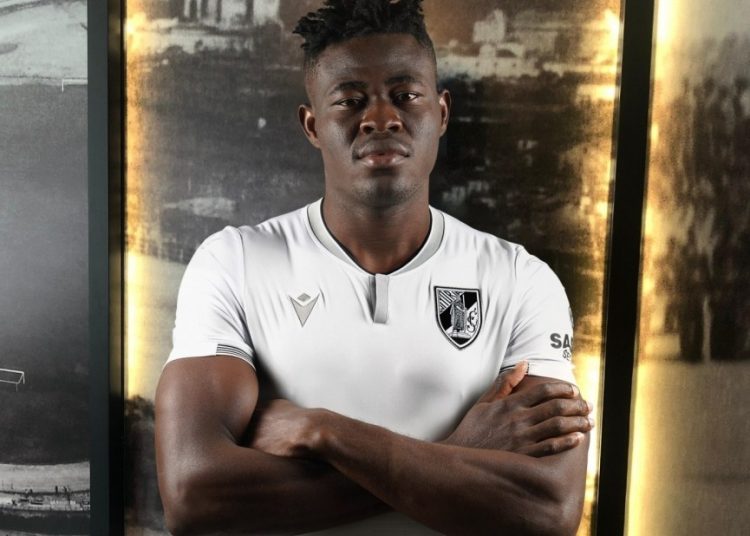 The midfielder signed a year loan deal with an option to buy after impressing during his trials at the club.

The 21-year-old signed a two-year deal with an option of a year renewal with the Black and Whites after passing a mandatory medical test.

Zibo is currently a member of the National Under 23 team but will miss the upcoming clash with Algeria due to Suspension.

He scored three (3) goals in Thirteen (13) appearances for Liberty Professional in the 2018 Ghana Premier League season.

The club’s official statement reads ”Vitória Sport Clube, Futebol SAD reports that it has reached an agreement with the athlete Simon Zibo. “
“The 21-year-old Ghanaian defender has signed a contract valid until 2021, with another season of choice, and will be a reinforcement of the Victorian team B.”
He was linked to several clubs in Ghana including Hearts of Oak, Aduana Stars, and Asante Kotoko.

Zibo is also a member of the Black Stars ‘B’.