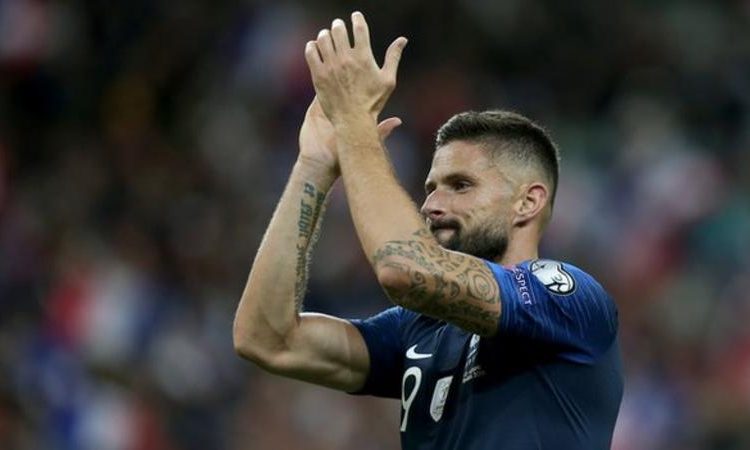 France eased to victory over Albania but their Euro 2020 qualifier was delayed as organisers played Andorra’s national anthem for the visitors.

Albania’s players looked confused as the anthem for Andorra – France’s next opponents in Paris on Tuesday – was played inside Stade de France.

The travelling fans responded with boos and whistles as the incorrect anthem was played to its conclusion.

The stadium announcer compounded the error by apologising “to Armenia”.

Coman at the double in comfortable win

Barcelona’s Antoine Griezmann saw his penalty rebound off the crossbar 10 minutes before the interval, but Coman pounced on a loose ball to double his tally and put the result beyond any doubt midway through the second half.

Lille’s Jonathan Ikone emerged from the bench to score on his France debut with five minutes remaining.

Albania were able to grab a late consolation as Tottenham goalkeeper Hugo Lloris brought down Taulant Xhaka in the 90th minute with substitute Sokol Cikalleshi making no mistake from the spot.

France, without the injured Kylian Mbappe, Paul Pogba, Ousmane Dembele and Aymeric Laporte, sit top of the group on goal difference – tied on 12 points with Turkey and Iceland after five matches.