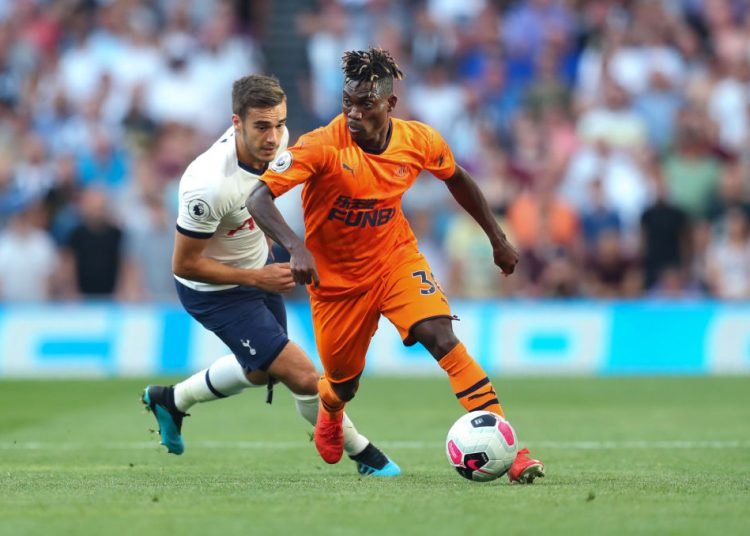 Newcastle winger Christian Atsu believes there are a lot of positive takeaways despite the team’s poor start to the season.

The Magpies have won only one of their opening four league games, and currently find themselves just one point above the relegation zone.

Newcastle manager, Steve Bruce,  who replaced Rafa Benitez during the summer has faced a lot of criticism during the opening weeks of the Premier League campaign, but Atsu has thrown his support behind the former Derby manager and believes things will turn around at the club.

“We just need to continue to keep working hard stay behind the manager and fight for the fans,” he told The Voice UK.

“Like I said, we have lost two games, and there is a lot of criticism for the club.

“Against Tottenham we fought really hard to get a win. I believe the atmosphere is going to change.”

The Ghana international has already registered an assist for Newcastle this season, setting up the winner against Tottenham- their only win of the season so far.