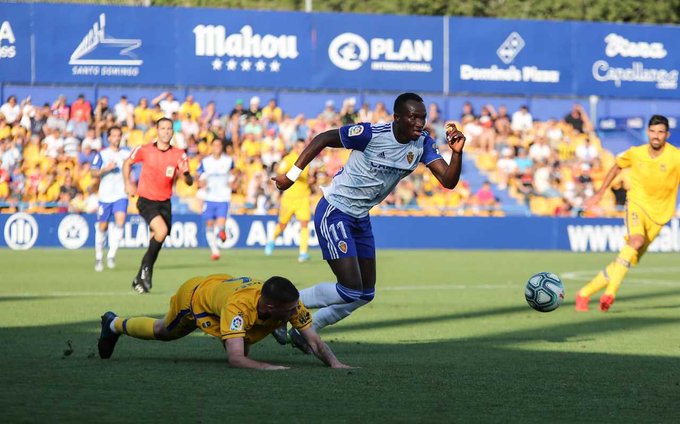 Ghana striker Raphael Dwamena bagged his first goal of the season for Real Zaragoza in their 3-0 win over Alcorcón.

However his linkup play up front with new signing Shinji Kagawa and Luiz Suarez has proved invaluable to the side.

Dwamena finally got his reward in the 12th minute of the game against Alcorcón with a lovely dinked finish after being put through on goal.

Luiz Suarez Suarez and Carlos Vigaray also scored for Zaragoza in a comfortable win for the away side.

Zaragoza are now second on the table having not lost any of their four games this season and trail Cadiz by just two points.

Dwamena’s brilliant form over pre-season had cemented his place as the first choice striker for Zaragoza.

The forward scored 11 goals over the course of four games in preseason. 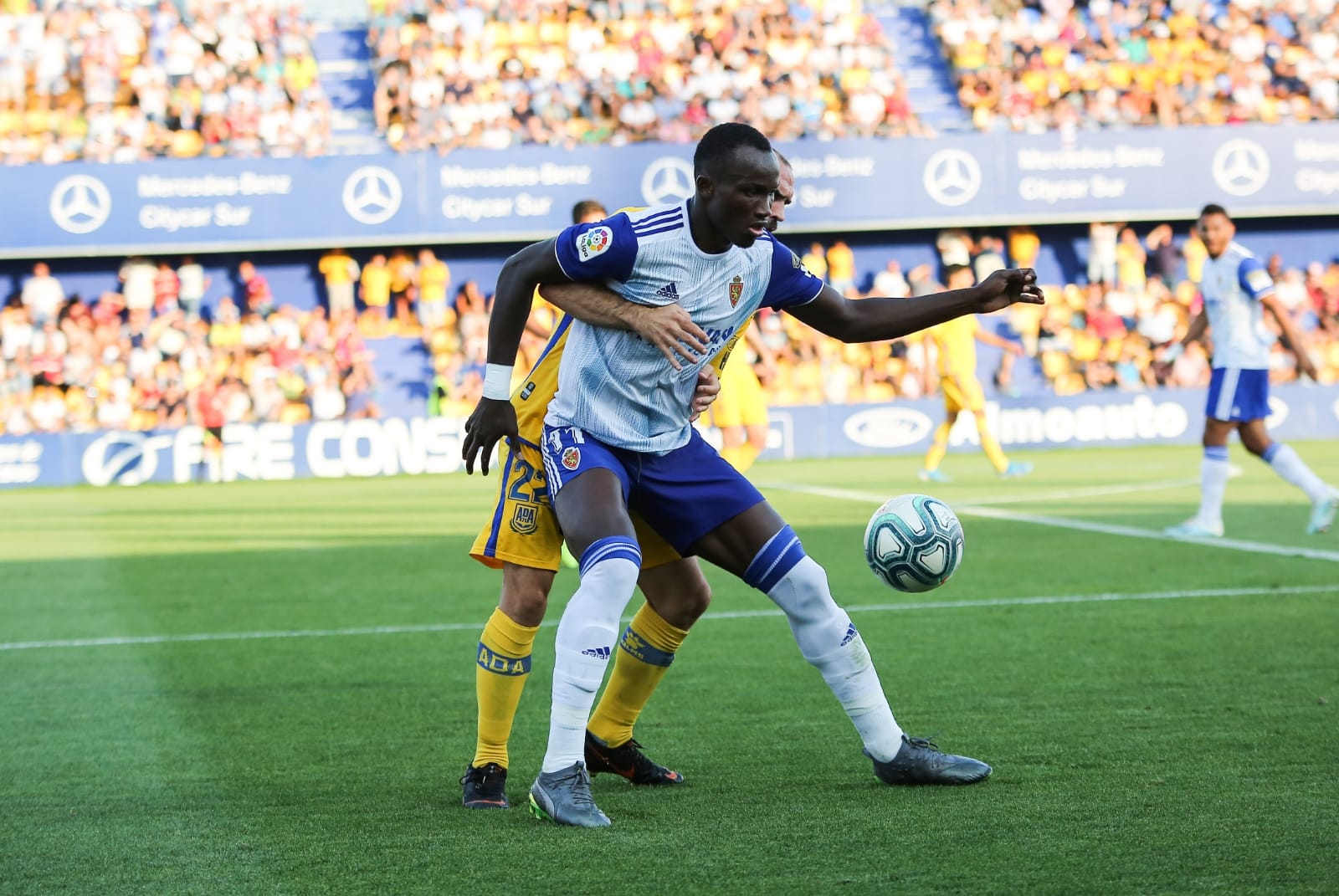 He secured a season-long loan move to Zaragoza from Levante and, having quickly become a fan favourite, he’s on his way to becoming a cult hero.

The player will hope his start for his new side is a sign that he is ready to turn the corner after a disappointing year.