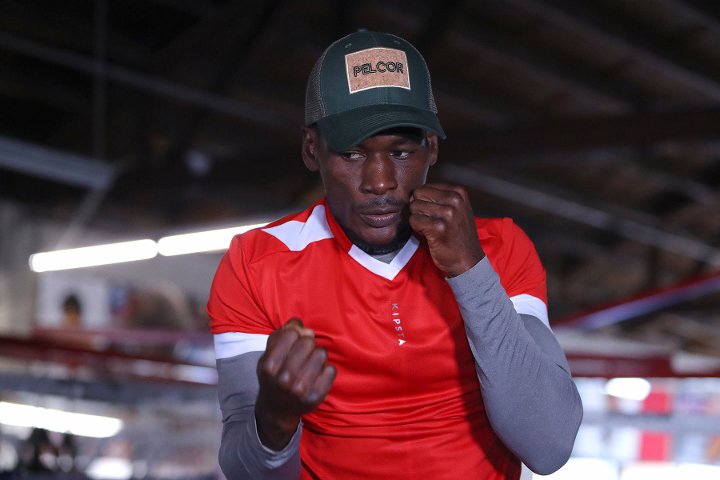 Ghana’s Patrick Allotey will hope to upset the boxing world and clinch the WBO Super Welterweight title from Jaime Munguia in California on Saturday.

Allotey, who has 40 wins and 3 losses to his name, became the opponent of choice for Munguia after he failed to reach agreements to fight Canelo Alvarez, Gannady Golovkin and Jesse Vargas.

The bout is being promoted by Golden Boy Promotions which is owned by former welterweight champion, Oscar De La Hoya.

On Thursday, the two boxers had their media workout and after that they shared their thoughts of their meeting at the Dignity Health Sports Park in Carson, California.

For Allotey, he said that he felt ready for the challenge of taking on a very good boxer.

“I’m happy to fight because it’s an opportunity to showcase myself. I love Mexico, I love Mexican fighters. I don’t feel worried to be fighting in a card that is so important for Mexican boxing because when I’m fighting with a Mexican, I’m Mexican too. 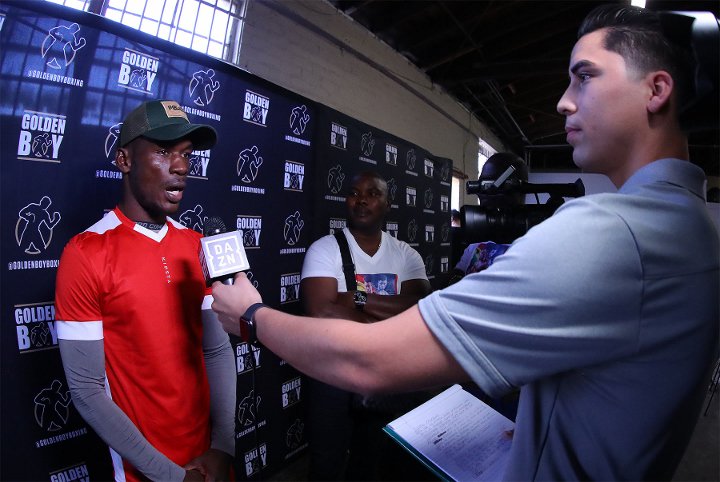 And when the fans are shouting for my opponent, they are shouting to me too. I can’t define my style, because that is something that you decide at the ring. In boxing you don’t need style, you need to think. I’m a well-rounded fighter. I’m ready.”

Allotey is heading into the bout with a 6-bout winning streak but those bouts were fought in Accra while his last bout outside Africa ended up defeat to Kanat Islam in Kazakhstan.

For Munguia, he is hoping to get a result that will put him into the fray for the glamour bouts in his division but he is not taking any chances when it comes to Allotey.

“It’s very important to me that I’m headlining on this special day. It’s a big responsibility but it’s very exciting and I promise to do a good job for all my fans. My trainer, Erik Morales, gets more out of me. I’m training harder and running harder. I’m going to give the best and I hope I can deliver the best to the fans.

As a Mexican, I’m representing my country and it’s a huge responsibility but I’m happy to be taking it on. Patrick Allotey is coming ready to fight me and of course, I want to win by knockout. I felt really good during training camp and I hope to give a spectacular show.”

The Ghana Boxing Authority (GBA) has released a statement to announce its support for Allotey who will become Ghana’s 12th boxing world champion should he overcome Munguia.

The statement, which was signed by GBA’s General Secretary, Patrick Johnson, said:

”At long last our collective dream to get another world champion is yet to happen again.

We know a lot of efforts and money have gone into it to bring you this far. The GBA and the people of Ghana believe in you. Don’t give up, don’t lose focus and without an iota of doubt, we know you will bring the title to Ghana”.