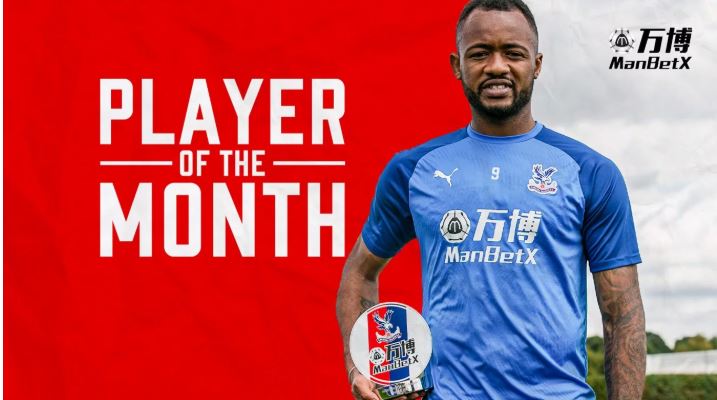 Ghana’s Jordan Ayew has been adjudged Crystal Palace’s top man for the month of August. The player was given the honour on Thursday which is associated to the club’s sponsor, ManBetX.

The accolade is Jordan’s first monthly award in his time at Palace either on loan or as a permanent player.

The former Swansea City and Aston Villa was Crystal Palace’s leading man as they plucked two wins in the month against Manchester United and Aston Villa.

In both games, Ayew scored very important goals to set up the victories especially the historic victory at Old Trafford which was the first for Palace since 1989.

Ayew got 84 percent of votes from 1000 fans who took part in process via Palace’s official app and in speaking to Crystal Palace’s website, he was very appreciative of the support from the fans and added that he and his team mates would have to build on what they had achieved in the first month of the league season.

“I want to thank them, and everyone at the football club. I am grateful and this is a good thing, but it is just the beginning. It gives me more energy and desire to work harder for this football club.”

My target was to start well. Thank god everything went well. I need to continue, do better and work harder. We are happy [as a squad], but we all know that it’s still the beginning and we have a lot of games to go, so we know that there are important games coming up, and we need to keep our focus and keep working hard.”