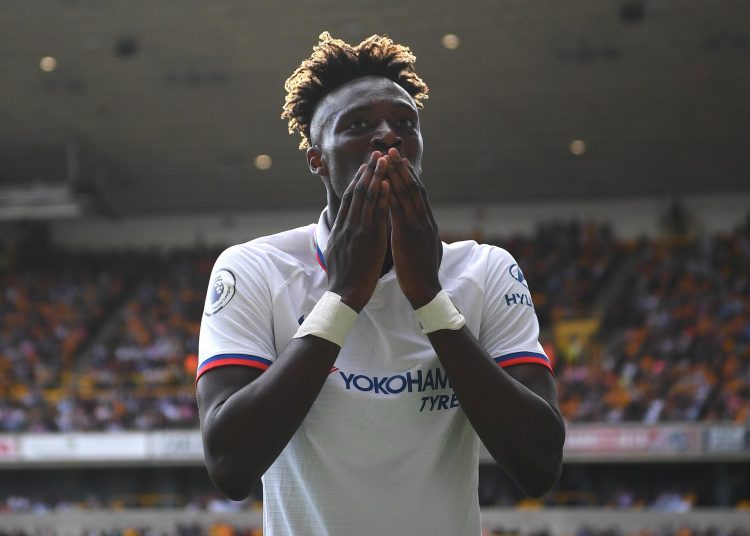 Chelsea, Tottenham, and Manchester United all returned to winning ways as the Premier League came back with a bang on Saturday.

Blues striker Tammy Abraham will no doubt grab all the headlines after his first-ever top-flight hat-trick in the 4-2 victory over Wolves, featuring a stunner from defender Fikayo Tomori on just his second start for the club.

Abraham raced to the top of the goalscoring charts by making it SEVEN goals in his last three games, as Frank Lampard’s men surged into a four-goal lead.

But the 21-year-old’s afternoon suffered a bizarre twist. Abraham gave Wolves an unlikely route back into the game by netting at the wrong end, and there would’ve been a few jitters in the away end when Patrick Cutrone pulled another back with five minutes to go.

However, Mason Mount netted his third goal of the season to seal an emphatic win for the visitors.

Tottenham also flew out of the blocks and scored four first-half goals in their 4-0 victory over Palace.

Heung-min Son netted twice, before an own-goal from Patrick van Aanholt and an Erik Lamela strike ended things before the half-time whistle.

Elsewhere, Manchester United held on against Leicester to end their three-game winless run.

Ole Gunnar Solskjaer was without several first-team regulars, such as Paul Pogba and Anthony Martial, but Marcus Rashford’s ninth-minute penalty was enough.