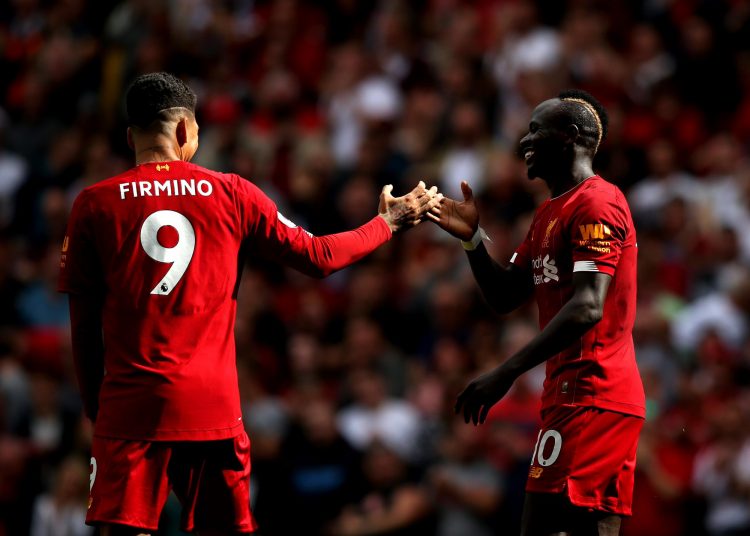 Roberto Firmino produced a man-of-the-match performance as he helped Liverpool beat Newcastle 3-1, despite the fact the Brazilian didn’t even start the game at Anfield.

The visitors took an early lead through Jetro Willems’ stunning strike but two goals from Sadio Mane gave the Reds the advantage at half-time.

Mohamed Salah’s second-half goal sealed the victory but all the plaudits have to go to the sensational Firmino.

The hosts were sluggish at the start though, and they found themselves behind on seven minutes when Willems’ rasping effort flew past Adrian.

Dutchman Willems received the ball in a seemingly non-threatening position on the left but he cut inside before rifling the ball into the top corner.

Unsurprisingly, this caused Liverpool to raise their game and they were somehow denied a penalty on 25 minutes when Jamaal Lascelles flung Joel Matip to the floor after grabbing him by the neck inside the box.

This got the Reds to up their intensity even more and they found themselves level moments later through a well-taken curling effort from Mane following good work on the left from Andy Robertson.

Firmino’s replacement Divock Origi was forced off after picking up a knock in the early stages and the Brazilian came on to a round of applause from the Liverpool faithful.

The Brazilian’s impact was immediate and Liverpool took the lead just before the break when Firmino pick-pocketed Christian Atsu before sliding in Mane, who put the ball in the net after Martin Dubravka spilled it straight into the Senegal international’s path.

With Firmino playing, Liverpool looked much better and nearly extended their lead just after the break but Georginio Wijnaldum’s inventive effort looped just over the bar.

However, Newcastle had chances and should have leveled when Emil Krafth found himself in oceans of space in the box but the Swede blazed his effort high.

Dubravka made great saves to deny Trent Alexander-Arnold and Robertson but Liverpool did make it 3-1 thanks to Salah’s goal and some more great play from Firmino.

The Egyptian played the ball to Firmino, who held it up before setting Salah through on goal with a clever flick and Salah couldn’t miss as Liverpool continued their 100 percent start to the season.