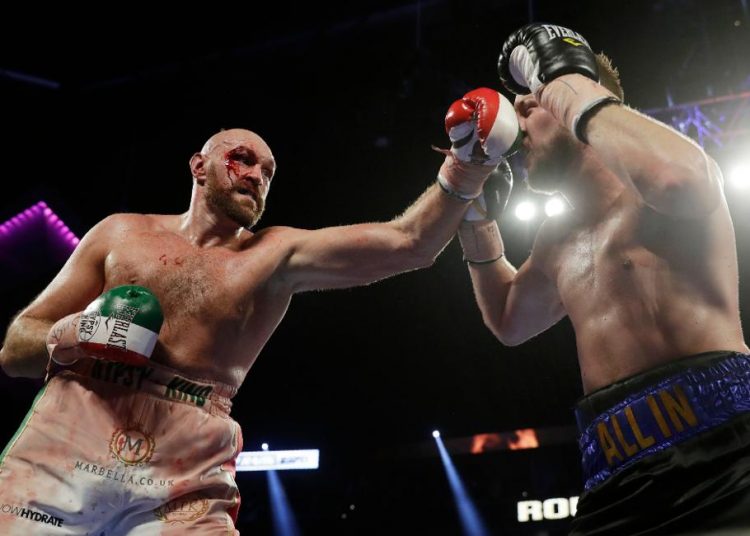 Tyson Fury was forced to overcome a terrible cut above his eye to defeat Otto Wallin in Las Vegas on Saturday night.

Former world heavyweight champion Fury won via unanimous decision at the T-Mobile Arena but needed to dig deep when he was badly bloodied and thrown off his stride in the third round. 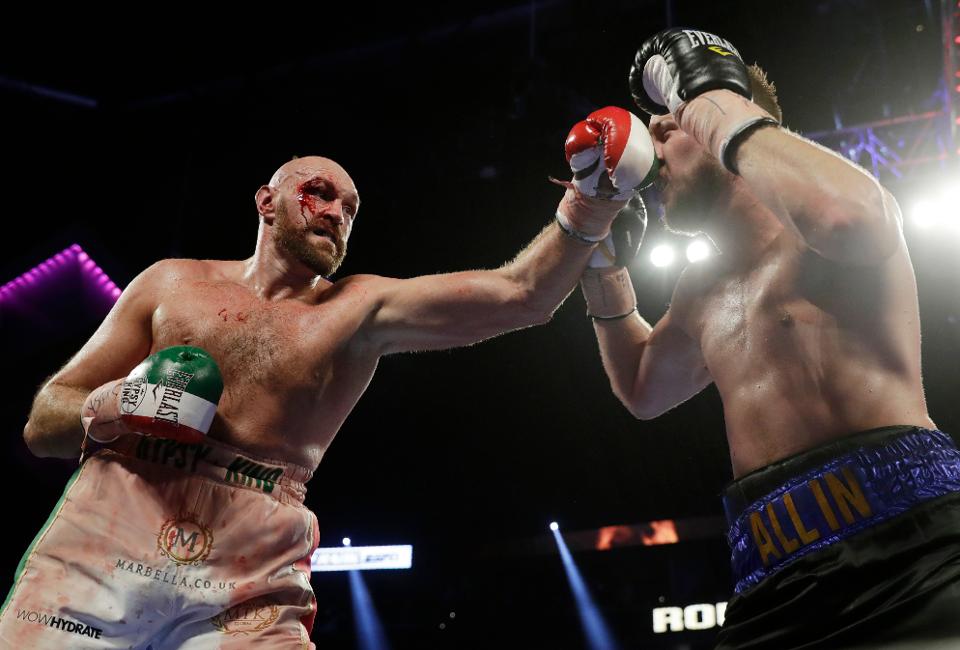 Remaining unbeaten in a 30th fight keeps him in line for a rematch with WBC champion Deontay Wilder in February – they drew an exciting battle last year but have unsettled business.

Fury might have hoped for a showcase performance on Mexican Independence weekend, a traditional time for major fights in Vegas, but was instead required to show the type of toughness that Mexico’s most famous boxers are known for.

The Gypsy King had rebranded himself as El Rey de Los Gitanos for the past week and walked to the ring to the sounds of a mariachi band, wearing a poncho and a sombrero. His shorts and gloves were red, white and green like the Mexican flag.

Suddenly a crisis emerged when Fury suffered a horrific cut above his right eye after a seemingly innocuous coming-together in the third round. The referee ruled that it was the result of a legal punch but Fury, badly damaged, lost his composure.

Wallin became more aggressive, sensing his big opportunity, and Fury complained that he was being headbutted in the process. 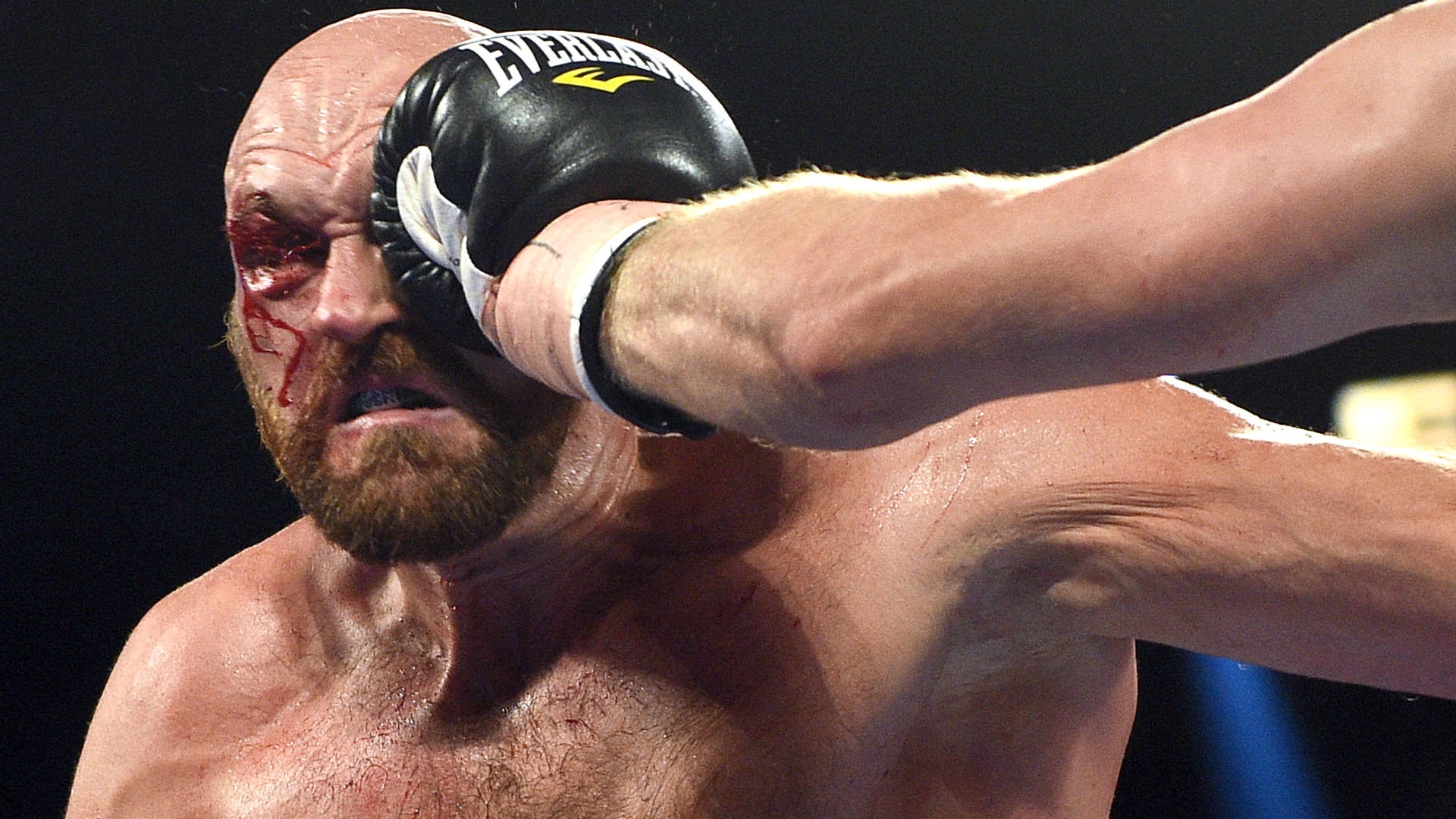 The sixth round was a nightmare for Fury – he was twice clocked while off-balance, and wiped his bloodied eye at every opportunity. He had to convince the ringside doctor who inspected the injury that he was fit to continue.

Fury landed his best two punches, both big right hands, in a chaotic seventh round where the pendulum swung back in his favour.

The British heavyweight’s sheer size and weight began to wear down Wallin. Fury clubbed away with body shots and right hands through his opponent’s guard. Wallin did well to remain upright in the ninth.

Fury unleashed his full box of tricks, whipping punches from all angles to body and head, and a bloodied Wallin wilted into a defensive shell. 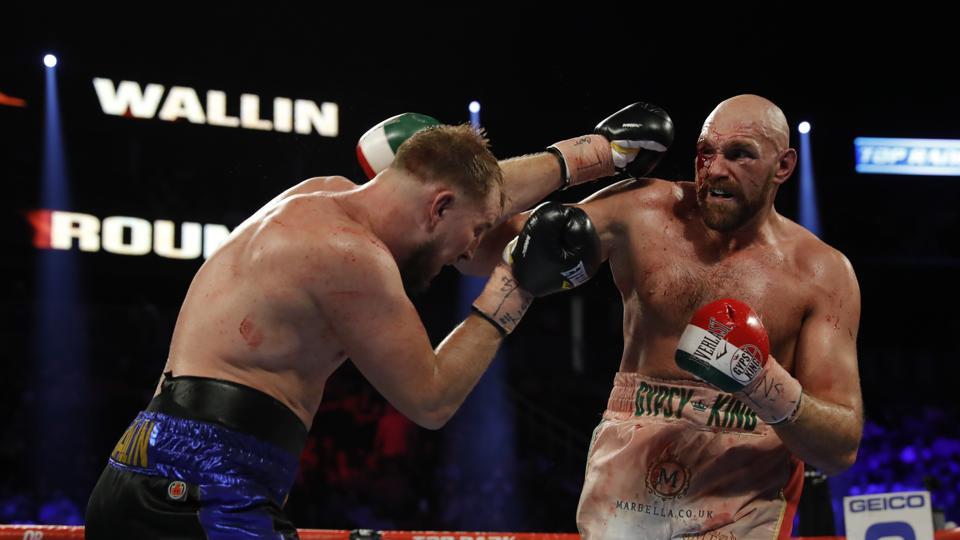 Incredibly, a final-round rally from Wallin had Fury on shaky legs and in need of the final bell. But this time, unlike Wilder last year, there was no need for Fury to climb off the floor in the dying moments.

Fury had done enough to avoid the type of major upset suffered by Anthony Joshua, who plans to avenge defeat against Andy Ruiz Jr on December 7.

It remains to be seen how the cut suffered by Fury may affect the timing of his rematch with Wilder, who first plans to face Luis Ortiz.