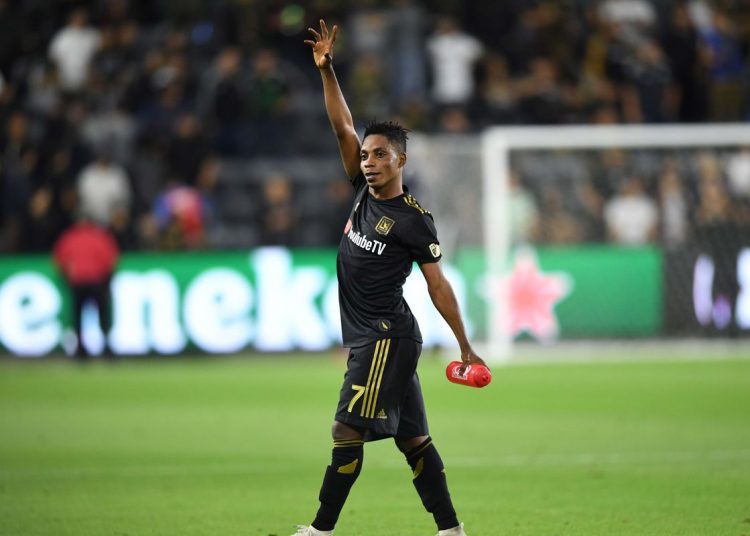 Ghanaian and LAFC forward, Latif Blessing, says he is ready to offer his skills to other countries if Ghana will not give him call-ups to the senior national team, the Black Stars.

The former Liberty Professionals forward was the Ghana Premier League’s top scorer with 17 goals in the 2016 season and he went on to win the Best Player Award for his exploits.

Blessing has not been on the radar of the national team since he was named in the provisional Black Stars squad ahead of the 2017 AFCON under former head coach, Avram Grant.

Between then and now, Blessing has played for Sporting Kansas City and Los Angeles FC and has scored a total of 14 goals in 82 matches for the two teams.

Even though his performances have given him some good reviews, he still has not been given a invitation to the national team under Kwesi Appiah and he is bothered by that development leading him to consider playing for other countries.

“Not getting a call-up is a difficult thing to deal with and sometimes, I feel disappointed,” he said in an interview with LAFC on the team’s official Facebook page.

“I know that I am playing well but the invitations are not coming through. People in Ghana have been asking why I have not been playing for the national team but then, I am waiting for that invitation. I believe that there are better times ahead.

Blessing has scored 11 goals for LAFC so far and his efforts have helped the team book a place in the CONCACAF Champions League after they clinched the divisional title in the Western Conference of the MLS.