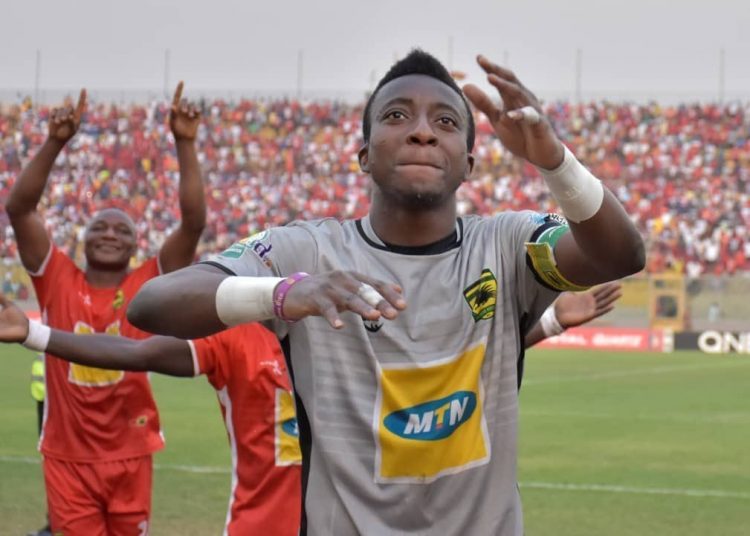 In football, the fans are often described as the 12th man and their support plays a huge role in urging players to give their all for the cause and Kotoko goalkeeper and captain, Felix Annan, was not oblivious of that fact on Sunday after his team beat Etoile Sportive du Sahel in the CAF Champions League first round qualifier at the Baba Yara.

Annan thanked the fans for being at the stadium to cheer the team on and he stated that their love for the club would always push he and his team mates for achieve the biggest things in football in the name of Asante Kotoko.

“These fans are always unbelievable and it is never a surprise to me because I know how passionate the fans are when it comes to the team.

We are glad for the support we get and that is what drives the team forward.

When we come to the stadium and I see the all 40,000 of them, I tell my colleagues that we cannot disappoint those gathered here and 8 million fans all over the world.

This is Asante Kotoko and this is why we fight for this club and we thank them always. For us as players, we will give 200 percent to them and they should not never give up on us.”

For Kotoko to enjoy more of the fans at the Baba Yara Stadium in the CAF Champions League, they will have to go past Etoile du Sahel in the return leg in Sousse on the weekend of September 27-29.