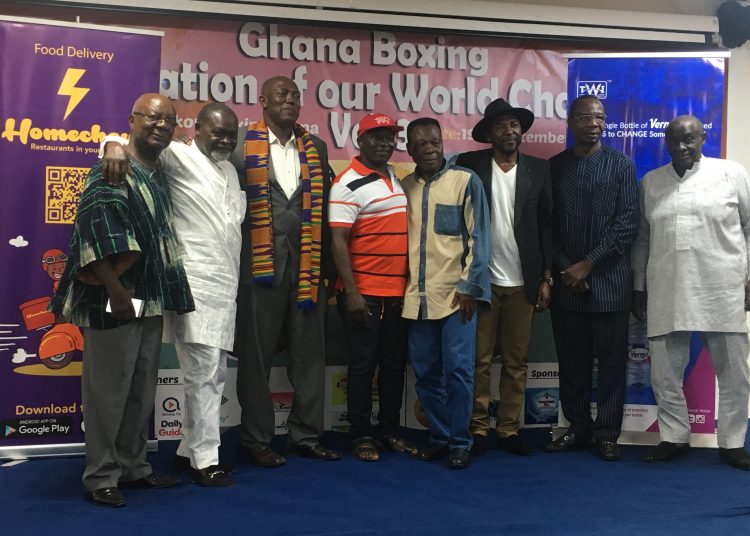 Veteran sports journalist, Ekow Asmah, has launched his book “Celebration of Our World Champions Vol. 3” in Accra at the Bukom Boxing Arena.

The books delves into the stories of the boxers and their paths to personal greatness as well as glory and recognition for Ghana.

Asmah said that he was moved to undertake the project in order to give Ghanaian boxing fans a reference point in terms of the sport to help better appreciate Ghana’s champions in boxing.

He added that sports journalists would also gain a lot of from reading the book since it would better inform of the nation’a greatest fighters.

More importantly, he said that the book was meant to highlight how much had given to the country in terms of global prominence and thus, boxing needed to be given much more coverage by the sports media.

In attendance were some of the nation’s former world champions such as Azumah Nelson, David “Poison” Kotey, and Nana Yaw Konadu.

The President of the Ghana Boxing Authority, Peter Zweenes, Affail Monney who is the GJA President and leading personalities in the domain of boxing were also at the function.

The first copy of the book was bought for boxing promoter, Alex Ntimoah for an amount of GHS 1,050 while Technical Advisor to the Sports Minister, Dr. Owusu Ansah, also bought a copy for GHS 1,000.

The most expensive purchase on the night went to Peter Zweenes, President of the Ghana Boxing Authority, who paid an amount of GHS 5,000 for a copy of the book.

After the event, David Kotey, Azumah Nelson, and Nana Yaw Konadu expressed their gratitude to Asmah for capturing their story and giving Ghanaians the chance to learn of their exploits in the ring.

Nelson and Kotey were also given a paintings done for them as a way of celebrating their careers. 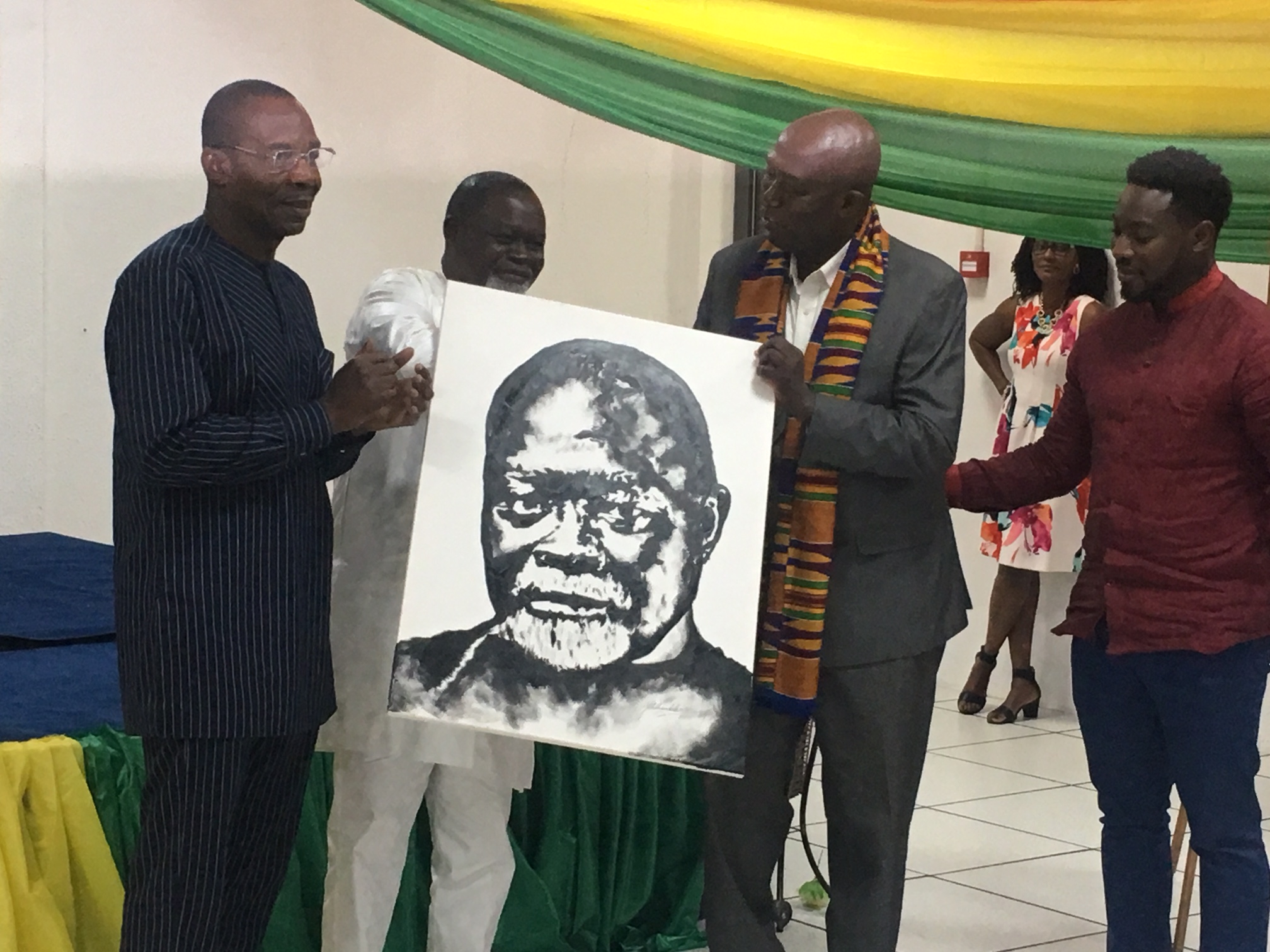 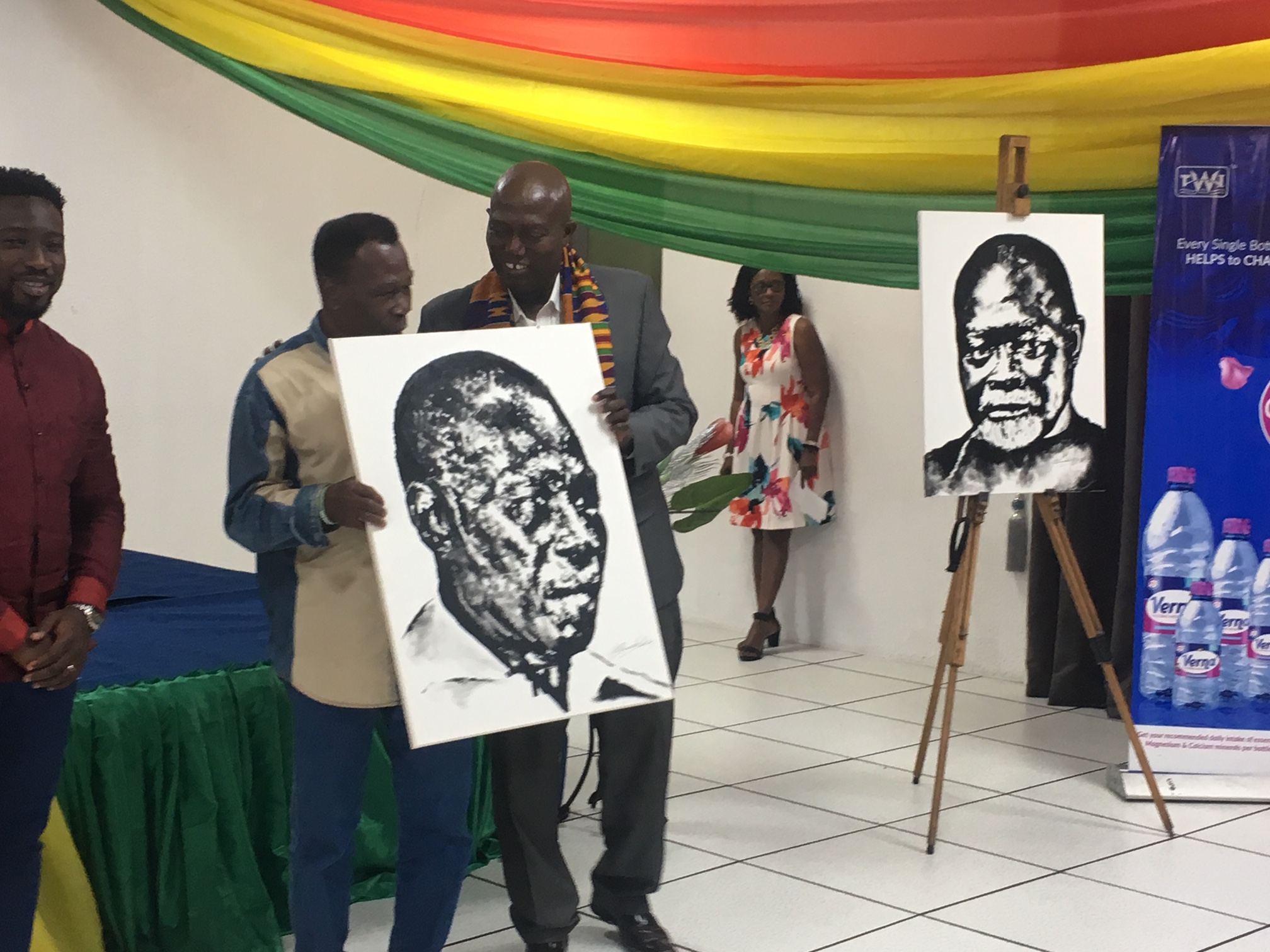 While David Kotey was Ghana’s first world boxing champion, Sumoo Pappoe “Love” Allotey was the first Ghanaian to attempt winning the world title at super featherweight when he took on Gabriel “Flash” Elorde of the Philippines in 1963.