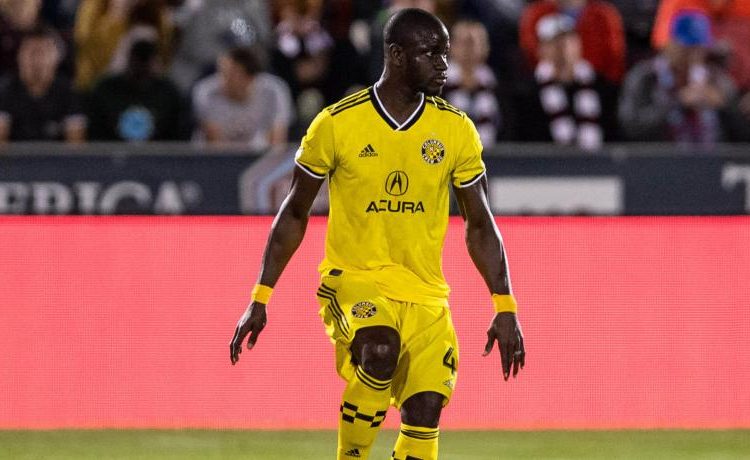 Ghana defender, Jonathan Mensah, has refused to give up the fight on a playoff spot for his club side, Columbus Crew, in the MLS despite their inability to beat Vancouver Whitecaps in Satutday’s match in the league.

A Fredy Montero goal in the 94th minute denied Crew a win on the road after Gyasi Zardes had scored a penalty in the 18th minute.

The result left Crew in 11th place in the Eastern Conference on 35 points; 6 off the 7th and final playoff spot in the conference but after the match, Mensah, who captained Crew for the match, said to journalists that they had to keep working hard to achieve their target.

“We’re still going to keep going. We’ve still got two games to go. Even though we were hoping to win this game to keep the playoffs alive. It’s just disappointing and unfortunate for us. We can only go home and make our fans proud again.

We have a whole week to prepare for our next game. This game is over, so once again it’s a lesson and we put it behind us and go again.”

Mensah and fellow Ghanaian, Harrison Afful, played the full length of the match for Crew and it is very likely that they will feature in the final two matches of the regular season for Crew against Philadelphia (home) and Toronto FC (away).

Should they get victories and other results go their way, they could grab a spot in the playoffs.