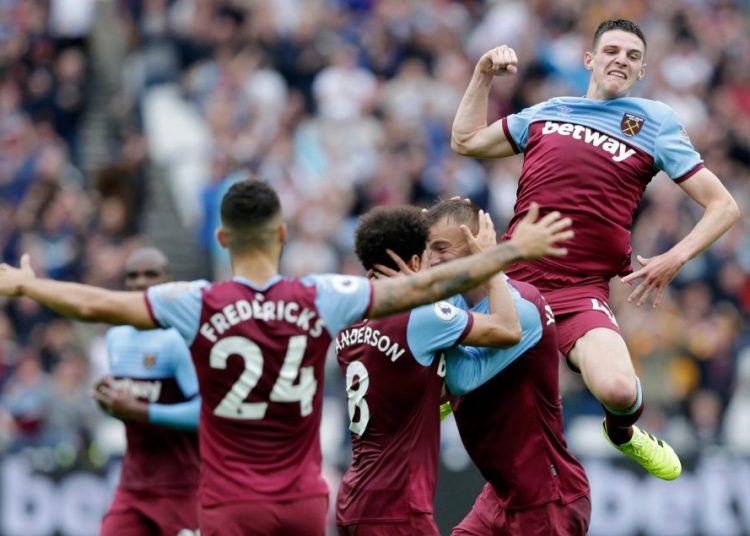 The Red Devils took a depleted squad to the London Stadium with several key players already out and in a contest low on quality Andriy Yarmolenko and Aaron Cresswell gave the Hammers all three points.

A rainy afternoon in the capital may have played a part in the drab match fans were offered up but the hosts won’t be complaining.

Yarmolenko, who scored in the same fixture last season, got himself on the scoresheet just before half-time when he flummoxed the United backline with quick-witted dart between Ashley Young and Harry Maguire before curling a left-foot shot beyond David de Gea.

A stunning free-kick from Cresswell, in for the suspended Arthur Masuaku, sealed the victory for West Ham, bending in past the Spaniard’s effort to paw it wide.

And Rashford limping off holding his thigh after 61 minutes made things worse for the Red Devils’ Norwegian boss Solskjaer.

After 44 minutes of no little effort, but zero inspiration, from either team, it was West Ham who made the breakthrough.

Felipe Anderson’s quick feet and neat chip in the area teed up Yarmolenko, who wrapped his left foot around the ball and drove it past De Gea and inside the near post for his second goal of the campaign.

At the start of the second half Ashley Young’s cut-back found Scott McTominay in an advanced position but Fabianski denied him at the near post.

United’s lack of options in attack was laid bare on the hour when Rashford pulled up injured with no one around him.

Lingard came off the bench and was pressed into attack, but it was centre-half Harry Maguire who came closest to hauling them level, his effort from a corner kept out by the legs of Fabianski.

Instead, with five minutes remaining Cresswell, who had already lifted one free-kick narrowly over, curled in the sort of set-piece former Hammers favourite Dimitri Payet used to specialise in to cap a memorable win for the hosts and a miserable afternoon for United.