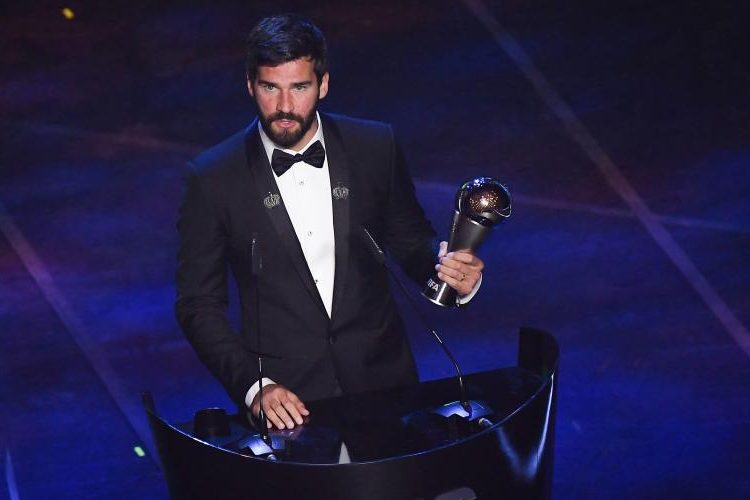 Liverpool goalkeeper, Alisson Becker has been adjudged the best goalkeeper at FIFA’s Best Awards in Milan.

The award was won by Thibaut Courtois last year.

The prize completes a stunning 24 months for the Brazilian shot-stopper who kept 32 clean sheets in the last campaign.

Along with those individual prizes, he also won the Champions League with Liverpool and the Copa America with Brazil.

He became the second Reds name to pick up a prize at the awards after Jurgen Klopp was named Coach of the Year.

Sari van Veenendaal, who won the Golden Glove at the Women’s Wolrd Cup was named the Women’s Best Keeper.