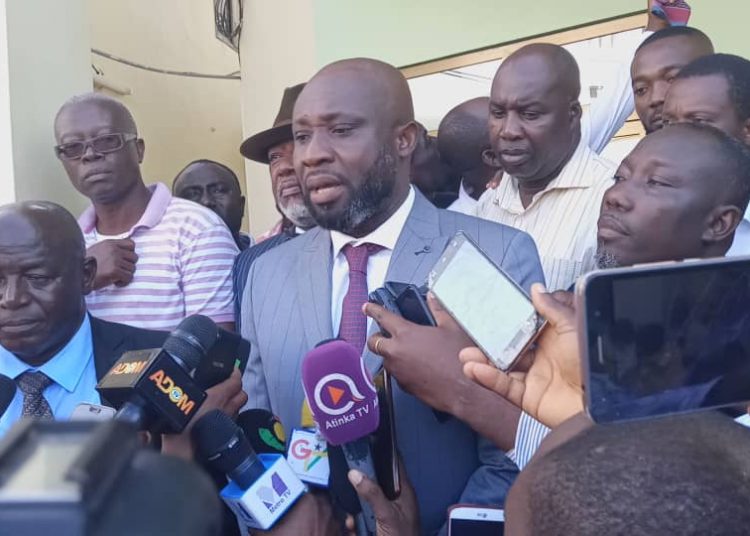 GFA Presidential hopeful George Afriyie believes it will be wise if all the other potential candidates for the top job in Ghana football rescind their decision and rather throw their support behind him.

The former GFA Vice President under the Kwesi Nyantakyi administration bragged that his clout and overwhelming support from the football clubs makes it almost impossible for the other candidates to thrive with him in the race.

“As I stand here, officially ten of the 16 Premier clubs have endorsed my form, twenty of the Division One clubs also have appended their signature to my form.

“I have contested all three past GFA elections and I understand the dynamics very well.

“It is possible someone may change his mind because that is how elections work.

I am not saying I am going to get all the votes, but I call on my colleagues to begin to concede for us to chart a new course for Ghana Football, “he disclosed.

The elections have been slated to come off on October 25th but ahead of the big day, candidates will first have to pass an integrity test.