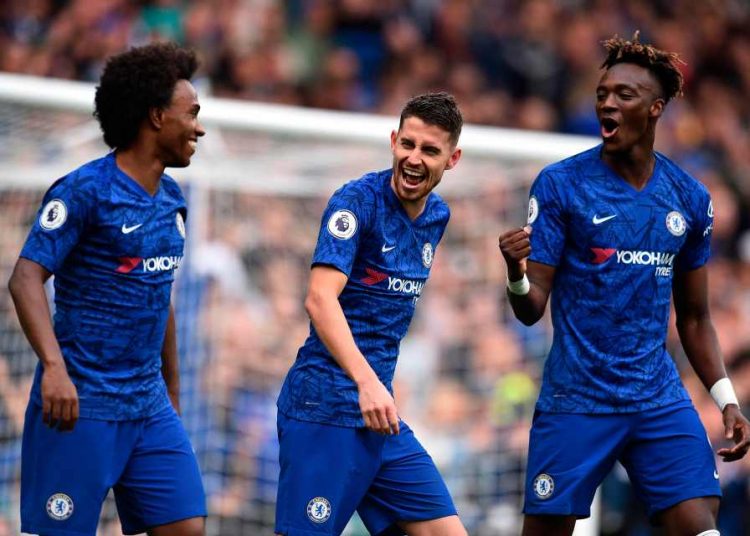 Tottenham and Chelsea both returned to winning ways in the Premier League with home wins over Southampton and Brighton respectively.

A chaotic first-half at the Tottenham Hotspur Stadium saw Spurs take the lead through Tanguy Ndombele before things suddenly took a turn for the worse.

Right-back Serge Aurier was sent off for a second bookable offence and a moment of madness from goalkeeper Hugo Lloris allowed Danny Ings to equalise for the visitors.

But Tottenham’s talisman Harry Kane was on hand to spare his team-mate’s blushes, and his 43rd-minute goal was enough to grind out a much-needed victory.

Chelsea boss Frank Lampard would’ve also been desperate for a win, having failed to claim three points from any of his opening three league games at home.

His side’s relentless pressure finally paid off when Mason Mount was brought down inside the box, with Jorginho converting the second-half penalty.

Willian then dispelled any nerves inside Stamford Bridge by doubling the lead after some fine work by substitute Callum Hudson-Odoi.

Elsewhere, Watford are now the only winless team in the Premier League after seven games, losing 2-0 to fellow strugglers Wolves at Molineux.

And VAR stole the headlines once again, with controversy during the 2-2 draw between Bournemouth and West Ham, and in the clash between Aston Villa and Barnsley, which ended with the same scoreline.

Earlier in the day, a howler from Sheffield United goalkeeper Dean Henderson gifted Liverpool a seventh-consecutive league win and extended their lead to eight points ahead of Man City’s trip to Everton later today.