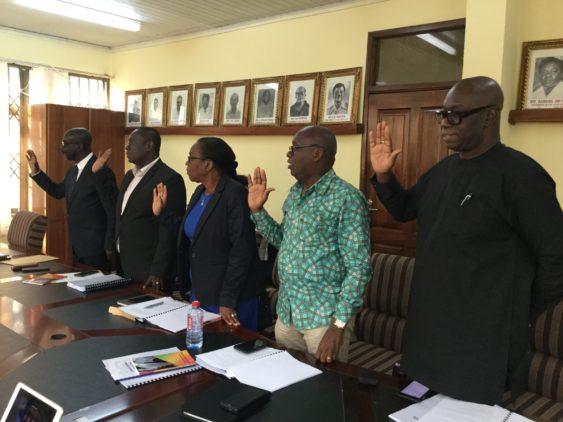 The Vetting Committee of the Ghana Football Association completed its interactions with the 7 aspirants hoping to lead the association after the October 25 elections.

On Friday, Clinton, Okraku, Amponsah, Mensah, were the ones who took their turn while Afriyie, Pappoe and Osei, were vetted on Saturday.

The aspirants for the positions on the Execituve Council as well as the regional FAs will be vetted between September 30 and October 2.

Reports from the vetting committee will be released on October 3.