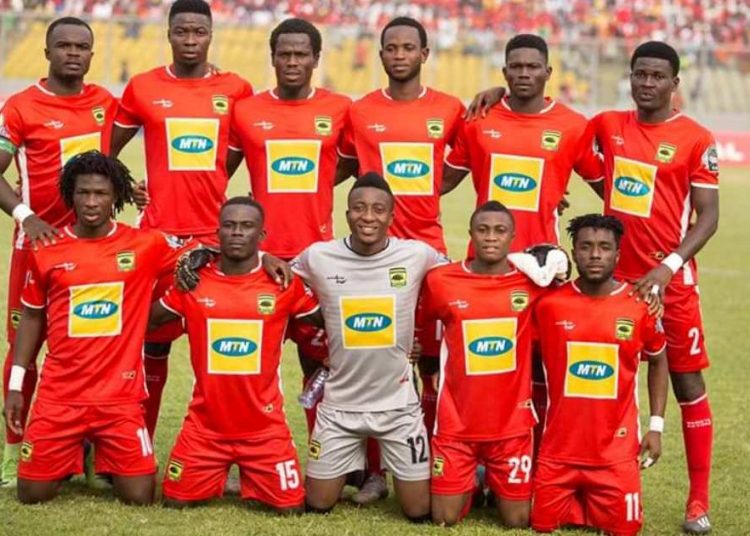 Asante Kotoko have been kicked out of the CAF Champions League after a 3-0 loss to Etoile du Sahel in Tunisia in Sunday.

The Reds won the first leg 2-0 in Kumasi two weeks ago and they needed to avoid a 3-0 defeat to stay in the competition.

However, things did not go well for Kotoko as they conceded a first half in the 24th minute to hand Etoile a way back into the tie.

The Tunisians levelled the score on the night and over the tie in the 67th minute. A cross from the right hand side found the head of Laaribi and he made no mistake as he sent it past Felix Annan in post for Kotoko.

Despite Ben Aziza’s red card in the 79th minute, Etoile were not perturbed and they went after the winning goal.

They hunt was rewarded with another headed goal.

Laaribi met a cross from the left hand side to send the Tunisia through to the next stage of the competition while Kotoko drop to the CAF Confederation Cup playoff stage.

They will face one of the teams that have progressed from the previous stage of the CAF Confederation Cup.

In 2004, Kotoko went down a similar path and beat Wydad Casablanca 3-1 on aggregate to get into the main group stages.

Eventually, they made it to the final and lost 8-7 to Hearts of Oak on penalties in Kumasi.