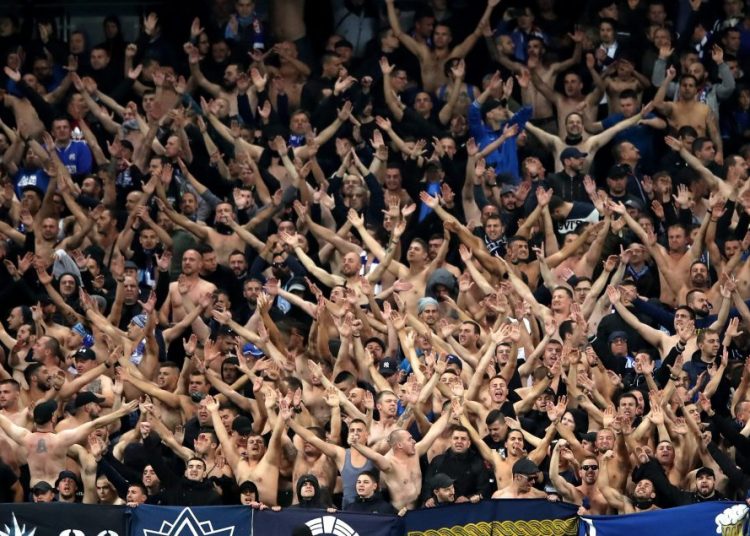 Man City have been charged by UEFA after objects were thrown onto the pitch during their Champions League victory over Dinamo Zagreb on Tuesday night.

The Croatian First Football League champions have also been charged for the same offence, as well as ‘acts of damages’ during the match at the Etihad Stadium.

UEFA said the charges against the clubs would be heard at the UEFA control, ethics and disciplinary body’s meeting on October 17.

Greek club Olympiakos were also charged over a banner, which UEFA alleges was racist, was shown during their match against Red Star Belgrade in Serbia on the same evening.

Dinamo’s fans took their shirts off after City took the lead through Raheem Sterling in the 66th minute, and it appeared that some seats in their section of the ground were ripped out.

Neither UEFA nor City were able to offer an immediate comment on the objects allegedly thrown by Blues supporters.

A City supporter also recorded a video of a Dinamo fan apparently making a Nazi salute.

The Manchester Evening News also claims there were also allegations of fans scuffling with security, spitting, ripping out seats and throwing missiles by Blues fans sitting close to the away section during the game, which City won 2-0.