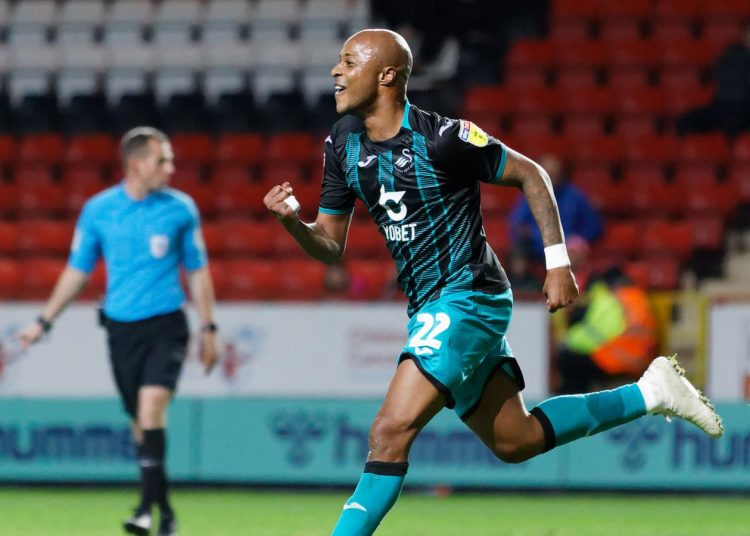 While Swansea City fans may have wondered when Andre Ayew would score a league goal for the team ever since he did that in 2016, the team’s manager, Steve Cooper, always believed that the player would find the net at a point and he was always sure of that.

Ayew got his first league goal of the season for Swansea when they defeated Charlton Athletic 2-1 away on Wednesday night.

He prodded the ball home from close range in the second half to help the Swans get the win on the road and give him a Swansea league goal since he scored against Manchester City three years ago and Cooper said after the match that an Ayew goal for the team was a certainty especially after his good displays in the matches so far.

“Andre is playing well, I have to say. I thought he was good against Reading and I know he was disappointed not to score with the chance he had, and the one the week before at Bristol City.

I just told him, ‘they are coming mate, you just need the first one. So, with him scoring tonight, hopefully he will not think about that and move forward.

I thought all the forward players were good. Borja works so hard for the goals he scores, Yan Dhanda took his opportunity and Bersant Celina – like Andre – was a real threat all night.

I was really pleased with us at the top of the pitch, we looked dangerous. Andre was a really good example of that.”

Ayew is expected to play a part in Swansea’s next Championship match when they host Stoke City at the Liberty Stadium on Saturday, October 5.