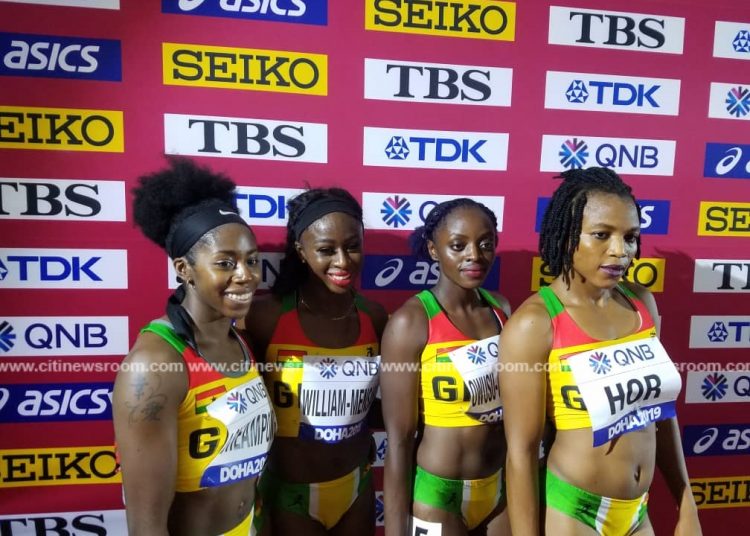 Ghana’s female relay team have failed to make the final of the 4x100m women’s event at the ongoing IAAF World Athletics Championships in Doha.

The quartet of Flings Owusu-Agyapong, Gemma Acheampong, Persis Williams Mensah and Hor Halitie finished in a disappointing 7th, with a time of 43.62.

Nigeria also failed to make the final, finishing 6th ahead of Ghana, with Jamaica, Great Britain and China all progressing to the final.

In the first heat, The United States of America dominates the field, to progress to the final, along with Trinidad and Tobago and Switzerland.

In the men’s heat, Ghana’s relay team was unable to book a place in the final of the World Championship after finishing sixth in their semi-final heat on Friday.