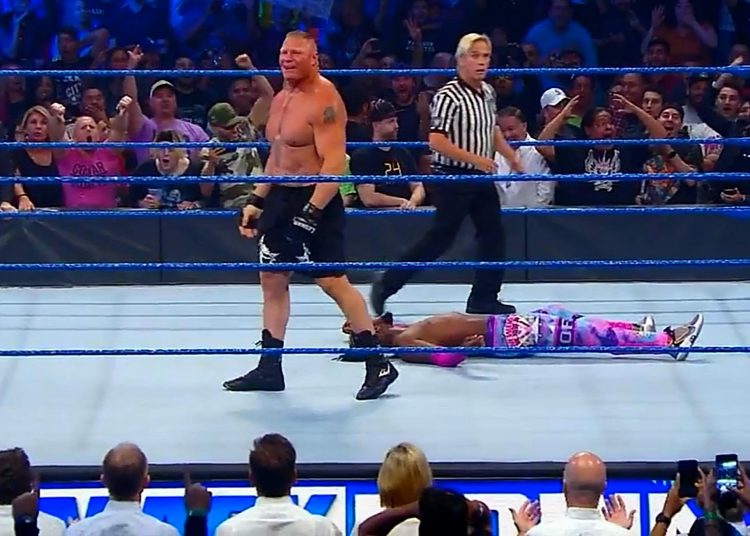 The title fight against Brock Lesnar had been built up to be a major battle between two of the WWE’s leading names but was over before some fans had even taken their seats.

Kingston eager to get the fight underway jumped straight into an F5, Lesnar’s finishing move, and was out for the three count.

Having got over the initial shock of seeing the reign of Kofi Kingston end so abruptly on the night, fans took to Twitter to express their frustration with the WWE.

According to a number of people, it was disrespectful for the company to make Kofi lose his title without a fight given the length of his reign.

Kofi Kingston deserve Better! Such embarrassment shouldn’t have happened to Kofi Kingston after all he worked hard for that title

So unreal the amount of disrespect WWE showed to Kofi Kingston

I don’t care what anyone thinks or says…Kofi Kingston was one of coolest champions we’ve had in a long time. An absolute GOAT in my book. #ThankYouKofi pic.twitter.com/g7lzdhysJ7

Great the WWE has taken a step backwards. Won’t see that title defended for at least 6 months way to go WWE Good job. You should fire the entire writing staff

10 seconds. That’s how long it took to turn a 6 month feel good story into a marketing campaign for the new channel.

The amount of disrespect WWE showed to Kofi Kingston just now is unreal.

Seth kicks out of F5’s like they’re nothing. Roman can stomach them for breakfast but Kofi eats one and it’s game over? Who said yes to that? #Smackdown

One hour later and I still can’t believe WWE did that. Ruin 180 of fun and breakthrough success for Kofi Kingston for a “money match” with a guy who never wrestled in the USA and a do-little champion because of some UFC history. #SmackDown pic.twitter.com/GHpGsQuHMo

Nothing but respect for Kofi Kingston still MY WWE Champion. #Smackdown
pic.twitter.com/MBI3g4geXa

I was hoping when I woke up this morning I’d find out #WWE really didn’t end Kofi Kingston’s title run like that. #Smackdown

Others were much more accepting in the change of holders, describing Kingston’s reign as ‘boring’.

Kofi Kingston became the WWE Champion in April when he beat Daniel Bryan at WrestleMania.

It was the first world title for Kingston in the WWE, although prior to that he had been United States Champion and Tag Team Champ. 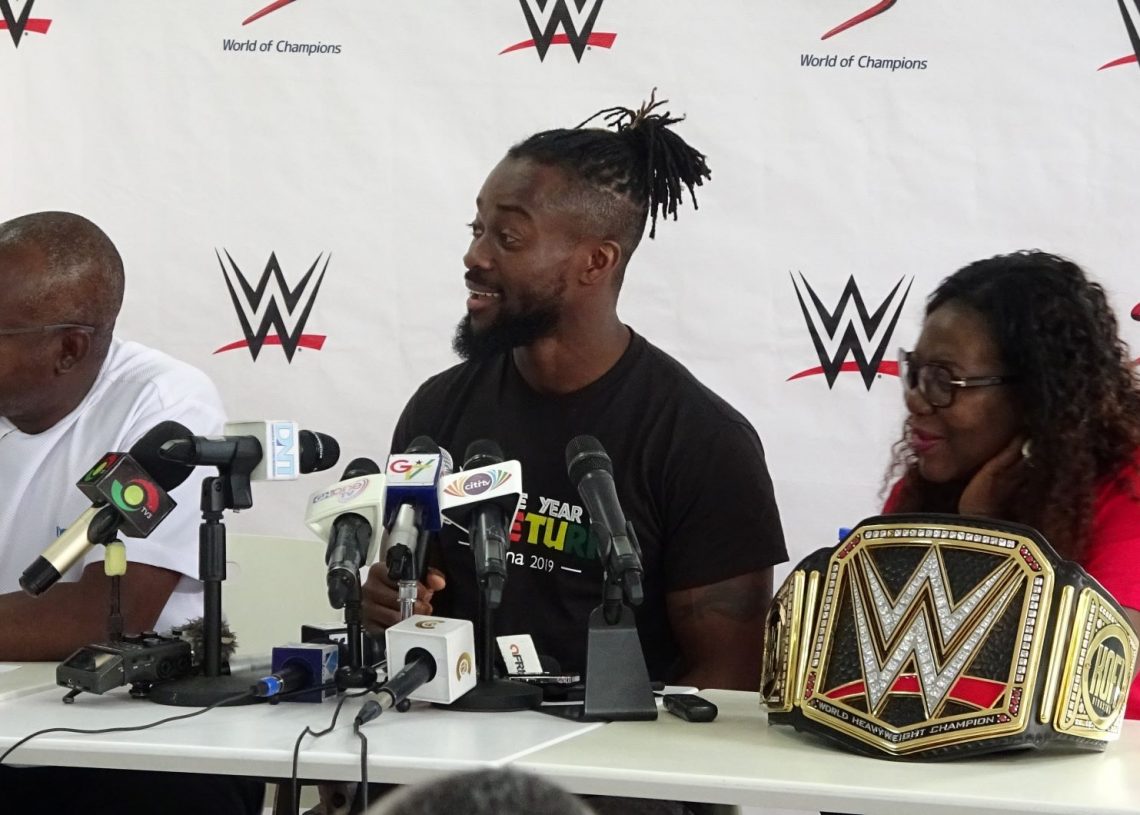 He became the first African-born world champion in WWE history, sparking some jubilation from Ghanaians on social media.

Kofi’s star in Ghana had risen so much that his recent trip to Ghana received extensive media coverage.