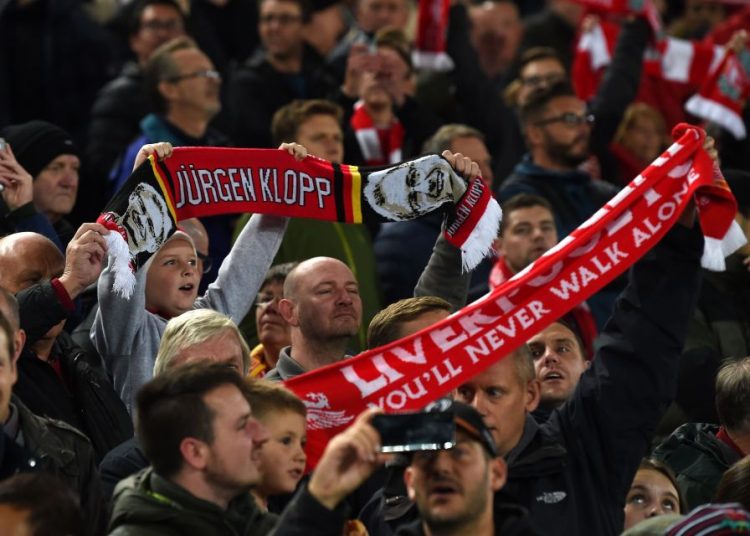 UEFA has charged Liverpool after fans invaded the pitch during their 4-3 win over RB Salzburg on Wednesday.

Mohamed Salah’s 69-minute goal secured a first Champions League victory of the campaign for the competition’s holders after they let a three-goal lead slip against the Austrian club.

Salzburg was also charged by UEFA for throwing objects on to the playing surface.

UEFA says the case will be handled by its control, ethics and disciplinary body on October 17.

One fan entered the pitch midway through the second-half from the Anfield Road end of the stadium, but was caught by stewards.

A group of youngsters made their way on to the pitch in an attempt to get hold of Liverpool players as Andy Robertson was pictured giving his shirt to a supporter.